‘Will fight right in’: Some Leeds fans react to loanee’s dramatic performance 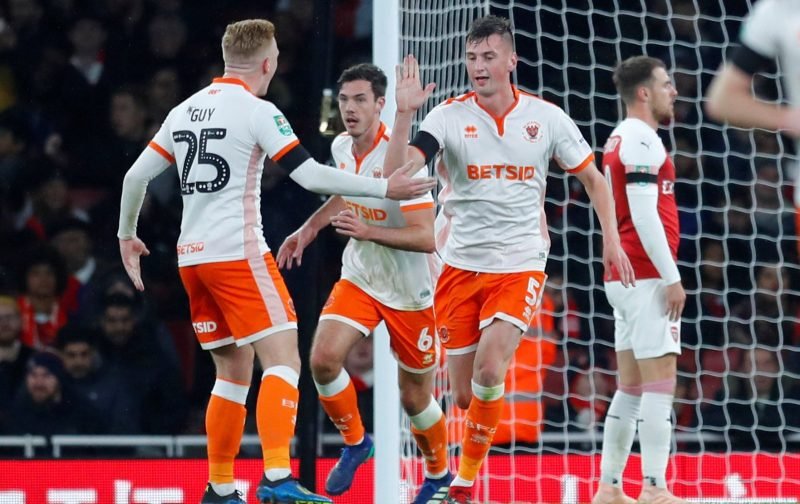 Leeds United were not in action during the week after already being eliminated from the EFL Cup but supporters did still see some of their owned players feature.

Blackpool lost 2-1 to Unai Emery’s Arsenal at the Emirates Stadium on Wednesday evening and had Leeds’ Paudie O’Connor within their ranks, with the 21-year-old certainly having a dramatic performance against the Premier League giants.

Trailing by two goals, O’Connor gave Blackpool hope when he headed home after 66 minutes and looked set to enjoy a fine performance – only to see things take a sour turn in the latter stages of the game as he earned a straight red card for a foul on Pierre-Emerick Aubameyang.

Leeds’ fans on social media were quick to give their assessment on the youngster’s performance, with many making the same joke that he will fit right in at Elland Road when he returns from the League One side at the end of the season.

Paudie O’Connor scores then gets sent off.. Leeds that #LUFC

Interesting night last night for Paudie O'Connor. Scores for Blackpool away against Arsenal in the EFL Cup then gets sent off. #LUFC

Paudie O'connor getting a goal and a red card against Arsenal. You can take the lad out of Leeds but you can't take the Leeds out of the lad! #lufc

Paudie O'Connor with a goal and a red card at the Emirates. Will fit right in when he returns. #lufc

How Leeds United is that, scores a goal then gets sent off he’ll fit right in when he’s back