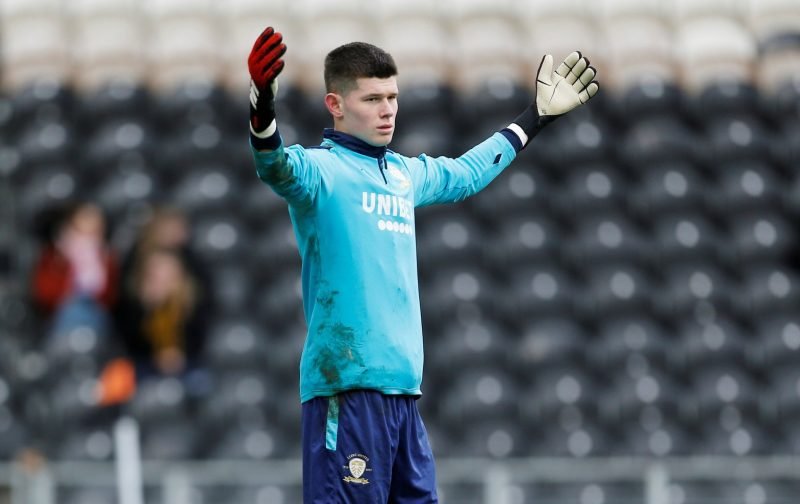 BBC Sport pundit Noel Whelan has urged Leeds United to sign someone who is ‘better’ than Kiko Casilla, following reports suggesting Director of Football Victor Orta is in talks with FC Lorient over a permanent deal for Illan Meslier.

Whelan doubts that Meslier is ready to be seen as the favoured option between the sticks by boss Marcelo Bielsa, who awarded the young Frenchman his Championship debut against Hull City following Casilla’s eight-game FA ban for racially abusing Jonathan Leko.

Meslier was able to keep a clean sheet at the KCOM Stadium as we stormed to a 4-0 rout, and again refused to be beaten in the West Yorkshire Derby as we beat Huddersfield Town in our most recent fixture.

Yet despite only featuring twice in the second-tier since his arrival on loan, Orta is said to have entered into negotiations with Meslier’s parent side to discuss activating our £5million option to buy clause, irrespective of securing promotion.

If the deal does go through, and we secure Premier League football, Whelan would urge Orta to still hit the market for an instant first-choice ‘keeper, as Meslier would still be second-fiddle to Casilla who he feels is simply not up to scratch.

“Casilla might end up being number two, not a bad number two to have quite frankly. Keep Meslier at the club as one for the future but once you have had a taste of first-team football, you want it every single week. It is whether he would be happy to be third-choice.

“If we get promoted, we need to improve the spine of the side. It is an absolute must. You need quality through that spine and if you have not got that, you are going to struggle. It is worth the money, getting a great goalkeeper.”

Casilla has kept the Championship’s most clean sheets (15) this season, with three more than Nottingham Forest’s Brice Samba and Blackburn Rovers’ Christian Walton.

Our former Real Madrid man has only made the division’s 13th-most saves (70), though, and has produced 33 of those from shots the opposition has taken inside the box, per Sofa Score figures, suggesting his league-high tally of shut outs is not predominantly down to the work that he does in goal.

For comparison, Burnley’s Nick Pope has kept the most clean sheets in the Premier League (11), while making 89 saves (sixth-most) including from 56 shots taken inside the Clarets’ penalty area (ninth-most) as Sean Dyche’s side sit in mid-table.

Makings saves does not guarantee success, though, as Norwich and Bournemouth are both in the relegation places, despite Canaries ‘keeper Tim Krul making the fourth-most saves (96) and Cherries ace Aaron Ramsdale making the third-most (102).

In other Leeds United news, a 22-year-old talent has been lauded as the perfect summer buy for Bielsa’s Whites.