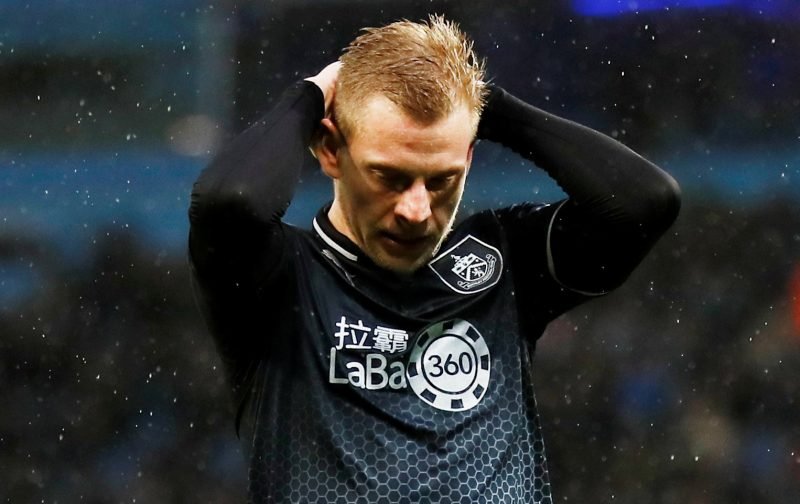 Some Leeds supporters have been reacting on social media to various reports linking the Whites with a £10million move for former target Matej Vydra.

The Burnley striker was thought to be one of our primary targets last summer as Marcelo Bielsa began to stamp his mark on the United squad, but the 27-year-old ended up securing his switch from Derby County to the Premier League with a move to Turf Moor.

Despite being the 2017/18 Championship Golden Boot winner with 21 goals in 40 appearances, the top-flight has not been too kind on the Czech Republic international, who is now expected to be sold after scoring just two goals in 17 appearances for the Clarets across all competitions.

The Sun on Sunday (page 60, June 9, via HITC) understand Sean Dyche’s side are willing to cut their losses after one year at £10million, having paid Vydra £1.82million in wages on top of the undisclosed transfer fee they paid Derby – rumoured to be just shy of £11million.

The Sun did not suggest we would be willing to pay that for Vydra this year – or if we are even interested – but the 5 ft 9 forward hitting the market again has sparked Lancashire Live to link us with a renewed approach.

Leeds Live also suspect the club will pay close attention to the 25-cap international’s situation over the next few weeks, just in case either of Kemar Roofe or Patrick Bamford move on, and even suggested fans would be delighted to add a proven Championship ‘scorer to our ranks.

But when Vydra’s situation and the varying reports were shared online, this is how these Leeds fans reacted…

We don’t want him. Next.

To raise the money…….

Don’t do it messed us about last time, we can do better than this!

Loan with view to perm.

Good championship player, may struggle in prem if we went up,

£10m ???? we won’t spend that in total including wages this window

Not worth half that no better than roofe

Doubt we will go anywhere near him after last time.