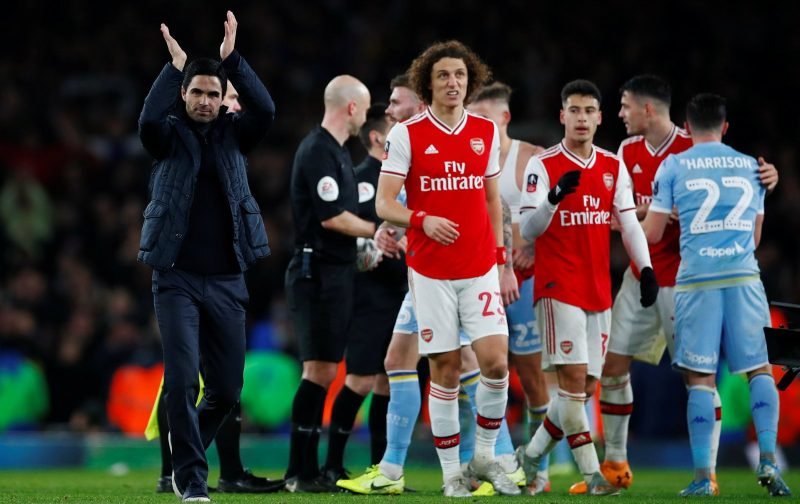 Arsenal manager Mikel Arteta believes his side are in for a very tough match at Elland Road on Sunday when they face Marcelo Bielsa’s Leeds United.

Having clinched promotion in emphatic circumstances back in July, Leeds haven’t stood idly by in the Premier League under the Argentine’s stewardship.

An opening game from hell saw Leeds make the trip to Anfield to face champions Liverpool but showed their top flight credentials with a superb performance, netting three goals and controlling solid portions of the game in possession.

Jurgen Klopp’s glowing assessment of Leeds’ performance that day outlines how we’ve tackled the top flight this season, and that was in the first game.

“I congratulated everyone of their team, what a team they are. Unbelievable. I will watch them quite often during the season.” Klopp said to Sky Sports after the 4-3 thriller.

Since then, Leeds have carried on in the same manner under Bielsa, taking 10 points from the next seven games with wins over Fulham, Sheffield United and Aston Villa, along with a draw against Manchester City.

Back-to-back 4-1 defeats have dampened the mood somewhat with the Whites slumping to 15th before the international break, but they will be eager to bounce back against Arsenal this weekend.

While Leeds will be looking to right the wrongs of the previous two games, they will also be looking to do so from the FA Cup third round clash against the Gunners last season.

Leeds fell to a 1-0 defeat to Arsenal at the Emirates back in January, but despite being a Championship side, looked the much better side for the majority of the game. Failing to take our first-half chances was our undoing as Reiss Nelson settled proceedings after the interval.

With a mouth-watering game at Elland Road around the corner, Mikel Arteta knows his side are in for a very hard battle.

Speaking to Arsenal’s official website, the Spaniard had this to say about Bielsa’s men: “They’re a very difficult opponent.

“I know Marcelo really well because I have followed him over the years.

“I had the possibility to work with players who have been involved with him for years and he is a manager I have always admired because what he transmits to his players and the way he manages to get his teams playing is very special.

You’d think after our first-half against his side last season, that Arteta will make sure his side enter this game with zero complacency. However, that doesn’t mean they can automatically adjust to now cope with it.