“Unfortunately I’ve Been Recalled” – These Leeds Fans Like Birmingham Development 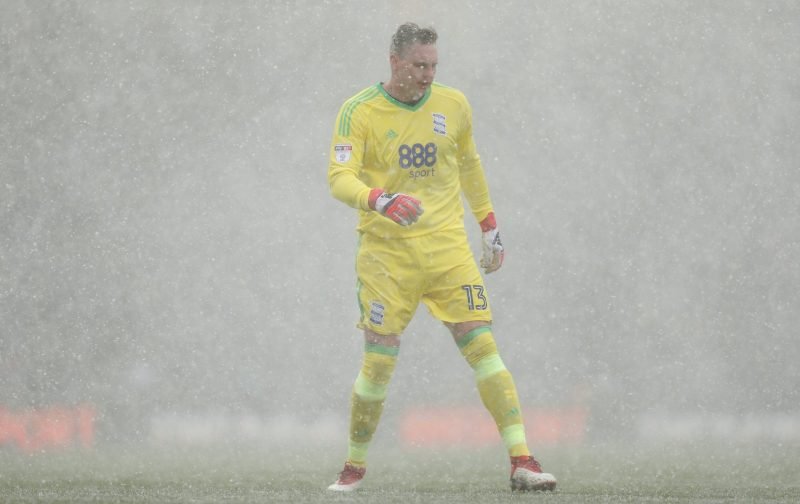 Following on from the injury sustained by on-loan Chelsea goalkeeper Jamal Blackman the other week, one of the names on the lips of some Leeds United fans as a suitable replacement was Birmingham City goalkeeper David Stockdale.

The 33-year-old had made a late emergency loan move out to Wycombe Wanderers, taking his appearance tally to five when you factor in a similar spell earlier this campaign with Southend United, but his recall ahead of the weekend set tongues wagging once again about us doing a deal for him when the January transfer window opens.

To be sold to Leeds in January

Could come home to Leeds….in need of another keeper!

Don’t unpack you will be at Elland Road next

We had both our gk out before you went to wycombe,why didn’t you come home to leeds david?

Hopefully a loan move to a club that you deserve. Fingers crossed you come to Leeds and either push BPF on or come in as number one.

Would live to see you at Leeds

See you in a Leeds yersey after New Year. MOT

Having been frozen out at St Andrew’s under manager Garry Monk, Stockdale’s time at Brighton and Hove Albion during their campaign that saw them promoted to the Premier League stands out for many fans and he would tick the largely reliable and experienced box given Bailey Peacock-Farrell’s age and even if he remained number one under manager Marcelo Bielsa, Stockdale would be able to play his part in helping him to develop – similar being true of our other younger stoppers as well.

Personally, I’d still rather someone like Tom Heaton but I love Stockdale’s choice of words about ‘unfortunately’ being recalled.