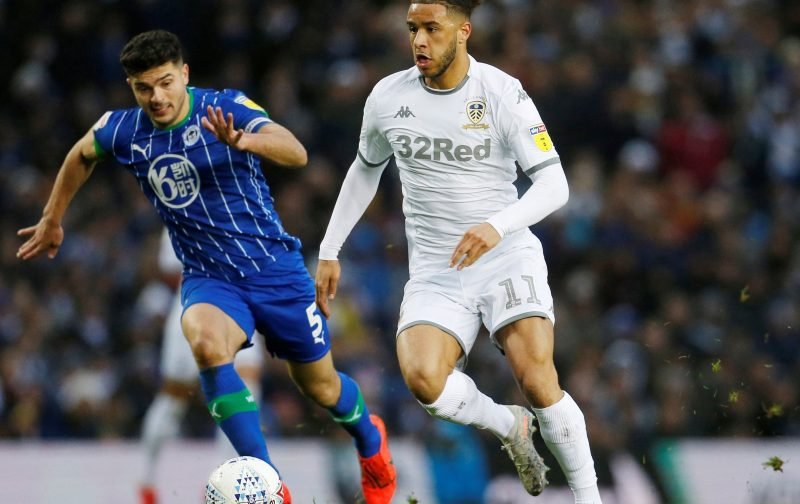 Lots of Leeds United fans have been reacting on social media, after the club shared quotes from Tyler Roberts discussing his latest return from injury against Wigan Athletic.

Boss Marcelo Bielsa has been with and without Roberts throughout the 2019/20 campaign, with the seven-time Wales international missing a combined 15 Championship matches to date.

Roberts began the season on the sidelines having needed fluid drained from his knee at the close of last term and would not feature in the second-tier until the end of September, when awarded a 21-minute cameo against Charlton Athletic.

The 21-year-old remained in the squad throughout October and for most of November, but missed our matchday 18 encounter with Middlesbrough having been forced off after 35 minutes against Reading with a muscle issue.

Roberts made his comeback from the issue late on against Birmingham City as we rounded out 2019 with an ecstatic stoppage-time win, but was back in the treatment room after that with the boss feeling he was not fit to feature against West Bromwich Albion on New Year’s Day.

The versatile £3.6million-rated forward returned to Bielsa’s matchday squad at Millwall last week, and made his third comeback appearance of the campaign on Saturday as we lost to Wigan Athletic.

Are you glad to see Roberts back in action?

He has now discussed the match and his latest return with the club’s official website, noting: “I’m buzzing to be back.

“Obviously I need to thank the medical staff, the physios, rehab staff and everyone involved who have all worked with me to get back.

“It felt good, I just need to get a run of games to get back to full fitness, but I felt good and that is [a] credit to everyone.”

Featuring for one game wasn’t it

So Roberts reckons he needs run of games to get back to full fitness, yet the £20m striker is made to sit in the stand for the same reason 👌

As much of a Sicknote as Foreshaw.. Biscuit Legs.. ☺

Thought this was a statement saying he’s injured… again…

Cue Roberts out of Forest game…