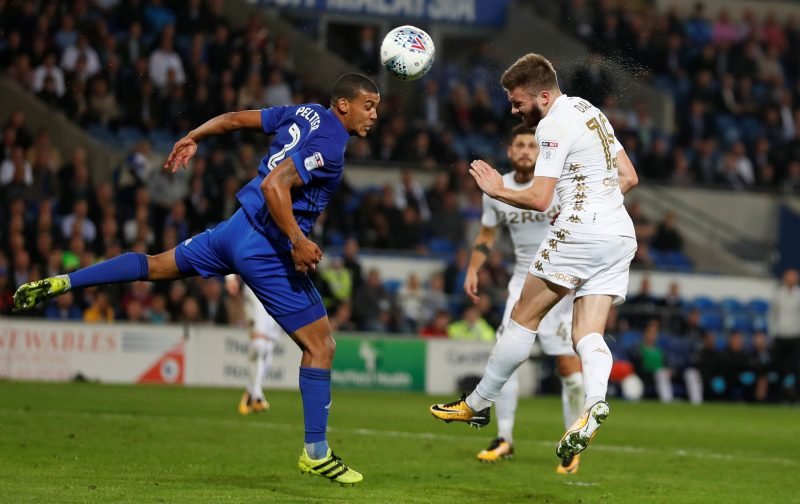 Following last Saturday’s score draw between Leeds United and Nottingham Forest at Elland Road, a number of fans took to social media to again slam the performance of Stuart Dallas.

The 27-year-old Northern Ireland international certainly splits opinion amongst fans and few seem to cut him any slack when effectively playing out of his natural position. He was hammered for his showing against Blackburn Rovers the other week and although he improved after being swapped over to the right against Forest again, some just can’t see what encourages manager Marcelo Bielsa to keep picking him for the left back spot.

Especially when you consider Ezgjan Alioski came in for plenty of praise for his own showing on the left.

Is Dallas this season's equivalent of last season's Cooper? Tries his best, clearly a nice bloke, but not quite good enough at this level (even bearing in mind that he's being asked to play at left back) #lufc #mot

Who at Leeds united tells Dallas he can play wingback??? that's what I want to know a point not good enough against a average forest side should be taking 3 #lufc

I'm struggling to understand why Bielsa would start Dallas at left back ahead of Pearce? I know Douglas is out injured (back soon) and now Ayling too, but we need to have some consistency in the team selection and put players in their natural position when available. #LUFC

We have to stop starting Dallas. Clarke also has to start for me #lufc

It's a bit unfair criticizing Dallas at LB I myself am also guilty of it. He played well when he was further up the pitch on his natural side #lufc

Next game: how’s about STARTING Pearce and sacking off Dallas? I really like him as a guy but… FFS #LUFC

Felt that way for 12-18 months now. And, Alioski is trying way too hard. Both could do with dropping.

With a number of fans pointing out he seemed to be this season’s scapegoat for anything and everything following games, I think the comments are fair enough as left back just doesn’t seem to suit him and it does affect his performances more than slotting in on the right appear to. Plenty also defended him it’s fair to say given the effort he puts in.