So, now we know what’s going to happen, the key bit is trying to work out what happens next.

As we now know, according to Football. London, Arsenal are set to recall Eddie Nketiah after a lack of first-team football this season. That now leaves Leeds with not a lot of cover for Patrick Bamford, with Tyler Roberts now the only natural centre-forward left in the ranks.

And given that he has played the majority of the season either out wide or in midfield, he might necessarily be the obvious answer to the problem if Bamford were to be out of the team for a substantial amount of time.

So what path do Leeds United go down now? How do they address the lack of strength in depth behind Bamford? In my mind, they have two choices, but one of them is more sensible than the other.

The first option is to go with the plan they had last year with Bamford and Roofe, two players of similar age, fighting it out for a spot in the first-team. This is where someone like Che Adams could fill in, although recent reports suggest that his current club Southampton might not be willing to let him go. Dwight Gayle would also be a name that could fill that role as well.

The problem with names like those, is that they’re likely to want first-team football, and not be stuck on the bench like Nketiah, so it will come down to a choice between them and Bamford, which could cause a few problems.

This is why I think they would be a lot better off going after a veteran Championship striker, someone who doesn’t mind coming in and being second-choice to Bamford, and then filling in for him when called upon. Journalist David Smith suggested that Billy Sharp was on Leeds’ list of names for the window, and whilst Chris Wilder has rubbished such reports, I feel that it’s the path they do need to keep pursuing.

Would you have backed a move for Sharp? 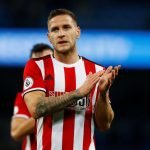 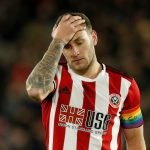 Allow Bamford to keep doing what he is doing upfront, and then bring in someone you can trust to find the back of the net if ever he needs some time off.