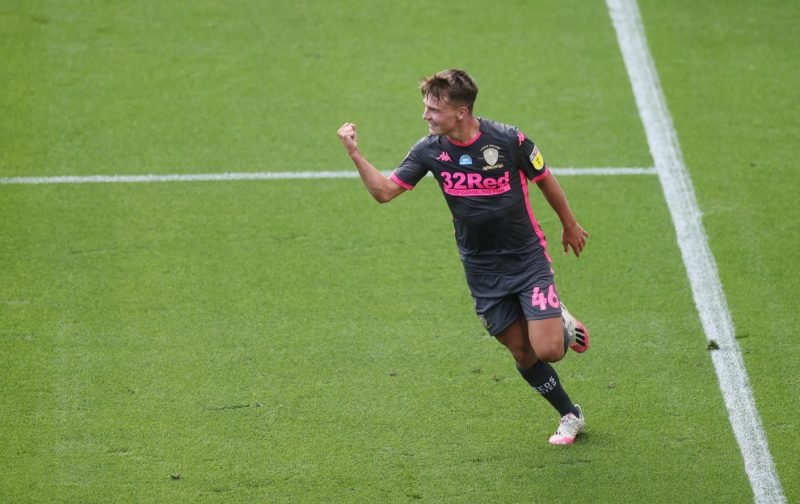 Leeds United have continued their busy week of player deals by announcing that midfielder Jamie Shackleton has signed a new long-term contract with the club.

A graduate of the club’s academy, the 20-year-old has already made 48 appearances in all competitions for Marcelo Bielsa’s Whites first-team, and scored his first two senior goals in the club’s final two games of last season as Leeds completed their Championship title-winning campaign in style.

Shackleton now looks set to continue making those contributions for Leeds for some time to come yet, after it was confirmed on Wednesday evening that the midfielder has signed a new four-year contract with the club.

That deal has now secured Shackleton’s future at Elland Road until the end of the 2023/24 campaign, giving the midfielder the chance to make a big name for himself with Leeds in the next few seasons.

Taking to Twitter to react to news of that new deal for Shackleton, plenty of Leeds fans appeared delighted with this latest player agreement.

This kid is fast becoming my favourite player. Desperate to see a fellow LS25 lad start some PL games. MOT.

I know everyone wants new signings but I would rather see this lad get more game time personally, looked class back end of the season and is only going to get better, getting him signed up for another 4 years is massive for me MOT 🙌🏻

Seeing our younger players commit with ease is a sight to behold! All the years we’ve had our own players snapped up! This is a big contract renewal

I feel a loan would be great for him if he’s not going to play. I’d easy have him on the bench personally though. Great energy. Been unlucky with injuries

Things you love to see

Make him a regular now, the lads absolute insane but that being said it’s down to bielsa and he definitely knows best. Glad to see him staying for sure!

Great news…. the academy has been such a major part of our success in years gone by and it’s great to see that’s still the case. Go on Jamie lad!

This lad has such a future ahead of him, full of pace and energy , can pick up a pass, can finish, can tackle has the potential to be a superb number 8