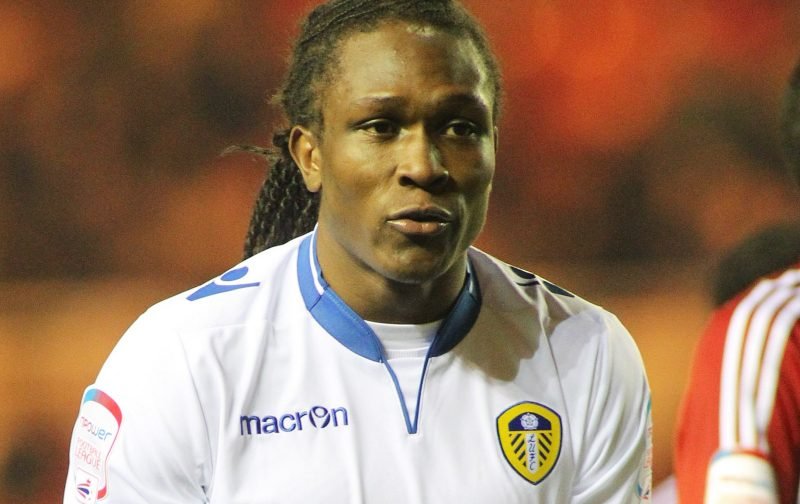 Former Leeds attacker Habib Habibou has been dubbed ‘the hero we didn’t know we deserved’ on Twitter, after the Central African Republic international shared a glimpse of hope to our faltering promotion bid.

The 32-year-old was last seen plying his trade for us on the Elland Road field against Huddersfield Town in 2013, when he made the last of his four United appearances.

He never scored a goal for us during a half-season loan from Belgian side SV Zulte Waregem, and returned to the Regenboogstadion the following summer.

Habibou is now playing in the Israeli first-tier with Maccabi Petah Tikva, after joining the HaMoshava Stadium natives in September following his release by Qatar SC.

Unfortunately, the 2-cap international is unable to stretch his two goals in nine games record as he is currently ruled out following foot surgery, but that has allowed him to keep tabs on the Whites and our efforts to return to the Premier League.

Those efforts stuttered over Easter, and we now must win our remaining two games and hope Sheffield United drop points to avoid the Play-Offs.

Habibou, however, has moved to urge fans to remain confident as “it’s not over yet”.

When the Elland Road faithful saw Habibou’s post on Twitter, this is what some of our fans had to say…

The sense of renewed hope from the hero we didn’t know we deserved. #lufc https://t.co/a1rA0btDea

We threw the league in tribute to you throwing the duck. We’ve come full circle.

Still could be done in two.
But more likely PL football is only 5 games away

Cheers, Habib. Nice to see a bit of optimism for once. Take a miracle at this stage, but miracles happen. ????????

Can we swap you for Bamford?

The legend has spoken!!!! BELIEVE

@4JOmalley how random ???? if he believes so do I then