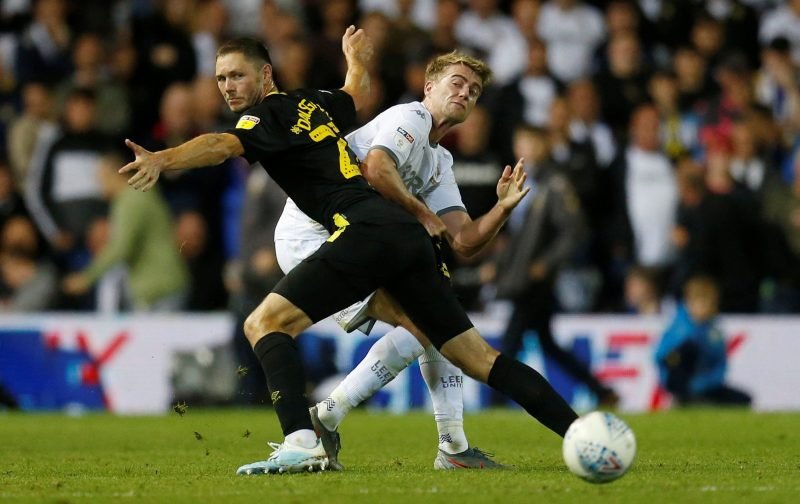 Although the October international break is now in full flow, Leeds United fans continue to largely pour over what can only be described as a mixed start to the 2019/20 Championship campaign – Millwall last weekend was our third defeat of the year so far and that is the highest number of losses of any of the sides in the current top seven.

Now fair’s fair, decisions like Gaetano Berardi’s sending off speak volumes for the way we’ve again been hampered, and we are only two points off top spot, so it’s not all doom and gloom.

One big topic of conversation this year was whether or not Patrick Bamford would show an increased clinical edge, and fans continue to be mixed on that front with plenty believing Eddie Nketiah can do no wrong and should get the starting spot.

Former player and now BBC pundit, Noel Whelan, has been pretty consistent in his criticism of Bamford, suggesting Bamford should be offloaded to keep Kemar Roofe and that he needed to show significant improvement to reach his youthful highly rated status.

Whilst results haven’t been great in recent weeks, Whelan has been more impressed with a greater rounding of his overall game so far this season.

“When you tick every single box as a striker the one you really want is a goal but with the performance that he produced the other night, chasing everything down, making bad balls into good balls and taking us back to the 1990s I would say. That aggression of a striker, using his body well, I love to see that side of Patrick Bamford. When he’s aggressive like that, he’s a different animal altogether. The work rate he put in, the effort he put in, holding the ball up, chasing the ball down that he had no right to win – the fans can appreciate that, I can appreciate that.”

Bamford has a way to go before he wins everyone over, so if we can see a further increase in his composure in front of the net, everyone will be happier.