‘Steal of the century’: These Leeds fans lavish praise on defensive star 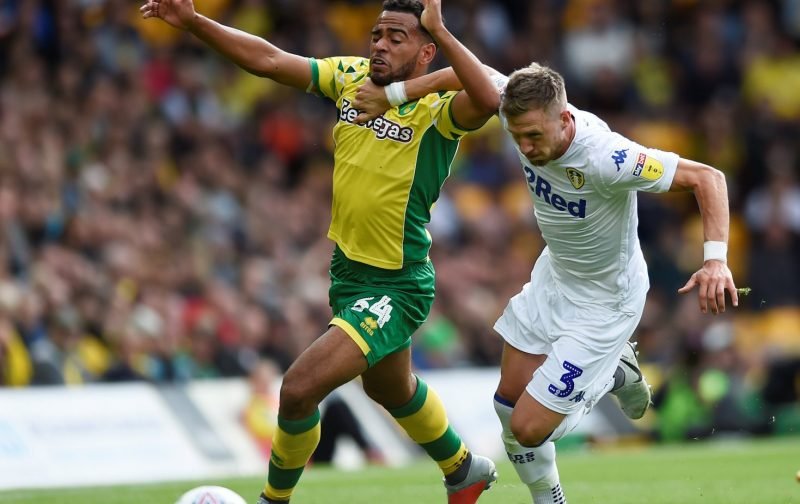 Leeds United extended their unbeaten run to three matches after victory against Wigan Athletic on Sunday, rising back to the summit of the Championship table.

Marcelo Bielsa’s side responded brilliantly after falling behind after just six minutes, with Pablo Hernandez levelling the scoring three minutes later and Kemar Roofe securing all three points with his match-winning goal in the second half.

It was not just the goalscorers who earned praise from supporters on social media though, as many took to Twitter to express their delight at the performance of Barry Douglas – who excelled playing on the left side of the defence.

The 29-year-old has established himself as one of the first names on the teamsheet after arriving from Wolves in the summer but was sidelined for a month through injury, making his return against Wigan.

Many fans were delighted with his performance on his return to first-team action, dubbing him the best in his position in the Championship. We have gathered some of the best reactions below.

think Phillips was class today, my MOTM. Douglas was good too, really missed him

Some outstanding football played by Leeds today. Excellent energy and movement in possession, but the work rate to turnover possession and win the ball back quickly was outstanding. Some top performances out there, but Klich, Douglas, Phillips and Pablo all exceptional. ???? #LUFC

Regardless of how the season ends its an absolute pleasure watching Leeds play the way they do at the moment and Barry Douglas is the steal of the century. #LUFC #MOT

Show me a better LB in this division than Douglas. Oh wait they’re ain’t one! Still waiting for him to take a free kick around the box ????????

Barry Douglas, best left back in the world. Discuss #lufc

Great to see you back….Brilliant team performance and a great away win#MOT

How the hell did we get you Barry lad? Quality again fella