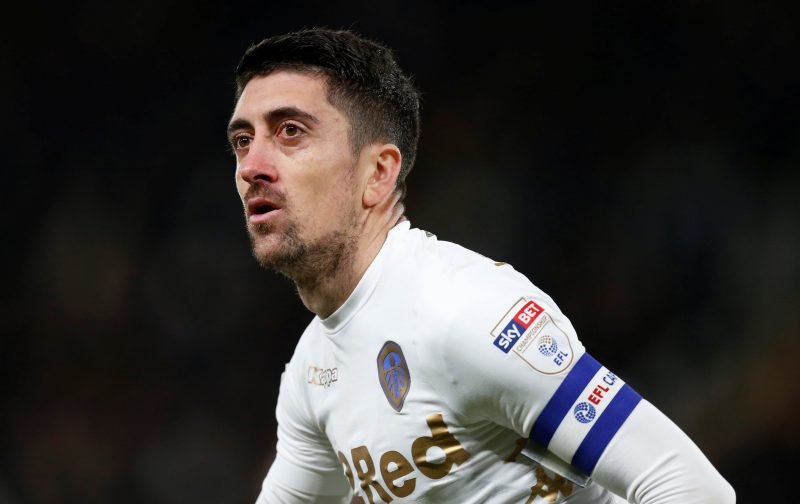 Leeds United player Pablo Hernandez made a fine start to the 2018/19 Championship campaign as we quickly established ourselves at the top of the table under manager Marcelo Bielsa, but having scored three times in five appearances, injury hit and he spent over a month out on the sidelines.

Having returned for the Blackburn Rovers defeat, the 33-year-old is going from strength to strength once more as his full fitness returns and he gets sharper and given his impact on the Ipswich Town victory on Wednesday evening, he came in for heavy praise from Leeds fans, as well as some interesting comments when it came to nutmegging mermaids and computer game cheat codes to describe his efforts as he helped himself to two assists.

Pablo Hernandez and @Kalvinphillips were a level above tonight, absolutely class????????⚽️ #LUFC

Kalvin Phillips playing like pirlo, Pablo playing like Messi, Roofe back on the goals, Leeds back top of the league, West Brom getting a pounding….tonights a good night ????????#lufc #mot

Pablo Hernandez is like a fine wine!.. #lufc pic.twitter.com/n8ux4cCU6C

Kalvin Phillips wow, and what a difference Pablo makes ???????? #lufc

Pablo Hernandez is so good he could nutmeg a mermaid ???? #LUFC #mot #wearetopoftheleague

A great team performance tonight from #LUFC
The stand out being Pablo Hernandez – who is like having some kind of cheat code in the championship. Brilliant player.

Good performance for the lads tonight. Great to have Pablo back and Roofe back on the scoresheet. All subs had positives effects on the game too. Back to top! #lufc

Pablo Hernandez is pure class. Boy how we miss him when he’s not playing. #lufc

Undoubtedly an asset and hopefully he will remain injury free from now on so we can truly get back to our early season best and continue entertaining a possible Premier League promotion push this season under the gaffer.

There’s a long way to go, but if we keep performing as we generally are and further improve the clinical edge to our play, outside of the odd hiccup, we could be laughing.