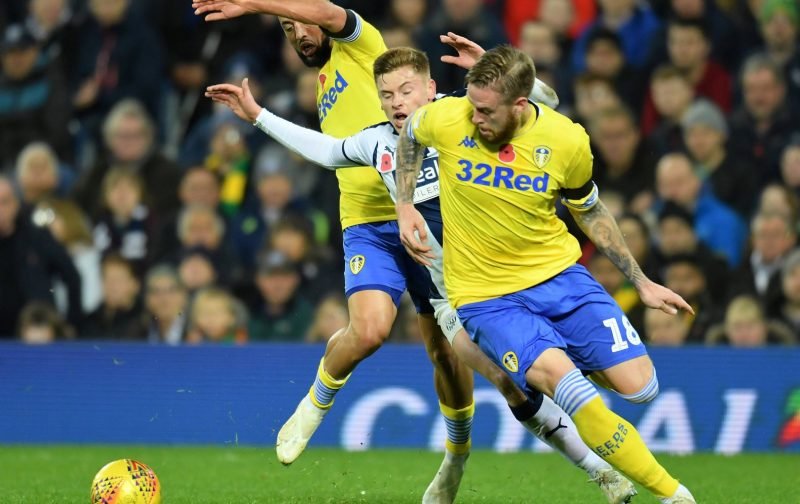 With Leeds United wasting the opportunity to retake top spot in the Championship table in Tuesday evening’s clash with Queens Park Rangers at Loftus Road, plenty of fans were impressed with owner Andrea Radrizzani being filmed in the tunnel at the fulltime whistle giving his support to the players and shaking their hands as they walked off.

Others, not so much I’ll add for balance.

Love this from @andrearadri. Seeing every leeds player off the pitch at full time! #togetherleeds #LUFC pic.twitter.com/U4aTR4Yjmr

Centre-half Pontus Jansson caught the attention of a few people though as despite shaking hands with their manager Steve McClaren and his coaching staff, Pontus basically blanked Rads as he walked down the tunnel, almost pushing past him.

Our 28-year-old is a law unto himself though and his passion for the club, especially after defeats, is one of the reasons why the Elland Road faithful have so quickly taken him to their hearts, so I don’t for a second believe that this incident was anything other than Jansson trying to be professional with our opposition and then get to the dressing room as quickly as possible so he could privately stew at the result.

Jansson is fuming u can tell

He’s probably annoyed that the team have let him down. Nothing more to it.

Leeds United gets you in the heart

The only thing good about that is the players look p off!! Pontus looks well annoyed and rightly so!! Seriously we need to step up! Having all this possession means nothing when u lose!