Should Leeds stick or twist with offer for star midfielder? – report 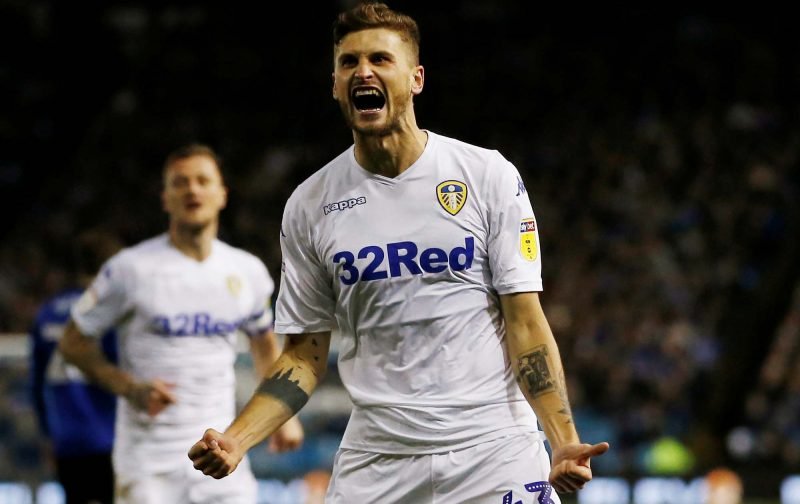 I know what you’re thinking.

Don’t worry, it’s not Kalvin Phillips. Although some might argue this man is even more important. The Sun are reporting that Burnley are interested in singing Leeds’ midfielder Mateusz Klich.

Klich is going into the last year of his deal and could become a free agent next summer, and after his exploits last season, it’s easy to see why he makes such a hot commodity.

However, Klich’s age puts Leeds in a rather precarious position. If he was a couple of years younger, then you’d have the incentive to keep him around and have him be a crucial part of the team. If he was just one year older, then you’d be approaching the time when most players in their 30’s are only ever given one-year deals.

At age 29, he’s sort of stuck in the middle, so what do Leeds United do? It’s a tricky one, especially given Leeds are in a bit of a financial situation, having posted a loss last year, so there might be the desire amongst the Leeds board to sell now and continue running things on the cheap, as they have done so far by bringing in a number of loan players.

However, I feel that Bielsa needs to keep hold of Klich for one more year. He proved just how vital he can be last year during Leeds’ charge to 3rd place in the league. Contributing ten goals and eight assists, if he can provide anything near that level of play this upcoming season, then it is worth the gamble.

If Leeds are successful in achieving promotion, then hopefully that should sway his mind to stay on for another season, or at the very least use this season to nail him down with a new contract to see him stay at Elland Road for the foreseeable future.

At the end of the day, what would you rather do? Cash in on a player who’s valued at £2.25m by transfermarkt.com – although hopefully, they’d ask a little bit more than that – or take the gamble, hope that he can be as crucial to the side this season, and finally crack the top flight and get your share of the riches that lay on the other side?

I know which road I’d rather take, hopefully the Leeds board do too.