Robinson not impressed with Leeds pair 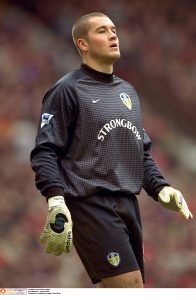 Former Whites goalkeeper Paul Robinson hasn’t been won over with the signings of new recruits Brendan Aaronson and Rasmus Kristensen, as per Leeds United Live.

Leeds snapped up the pair from Red Bull Salzburg for a combined fee of around £35 million, but the Ex-Leeds star was scathing in his criticism of the players. “Kristensen and Aaronson are not players who fill you with excitement from a Leeds fan’s point of view.”

It remains to be seen whether they will be able to adapt to the Premier League and take Leeds to the next level, but the fans in general are quite excited about the coming season with what looks like a rebuild going on at Elland Road.

It will certainly be interesting to see who else they will be able to bring in, and keep hold of before the season kicks off.

“Kristensen and Aaronson are not players who fill you with excitement from a Leeds fan’s point of view.” #LUFC https://t.co/1cFZftyLqv

Robinson has certainly been outspoken about the West Yorkshire club’s transfers adding “They’re not players you think are going to immediately have an impact and keep you in the Premier League.”

“They need to invest properly in this side and the manager needs to get some proper players in, players who are tried and tested and players who are going to excite the Leeds fans.

In respect to the comments, it must also be remembered that both Aaronson and Kristensen have played at a good level, winning League titles and both have Champions League experience. Since then, Leeds have also added a third player with Bayern Munich midfielder Marc Roca agreeing a deal which will run to 2026 for an undisclosed fee.