Report: Leeds look to cash in on three senior players Bielsa has no time for

Leeds United will look to cash in on Eunan O’Kane, Pawel Cibicki and Lewie Coyle during the January transfer window, according to The Athletic.

The club hope to use the mid-season market as a chance to clear some of the deadwood from the wage bill, and have identified O’Kane, Cibicki and Coyle as three senior players that can leave Elland Road without damaging our promotion hopes.

Neither of the trio have ever featured for the Whites under current boss Marcelo Bielsa, with O’Kane last playing for Leeds against QPR in May 2018, Cibicki in January ’18, and Coyle’s last in May ’17.

O’Kane is the only one of the three to have been at Thorp Arch for the entire 2019/20 season, having not secured a loan deal in the summer, while Coyle returned from an extended spell with Fleetwood Town on December 31 and Cibicki is currently with Dutch side ADO Den Haag.

O’Kane failed to secure a temporary transfer before the August deadline after sustaining a horror leg break during a loan spell with Luton Town in September 2018, but has now returned to fitness.

Interest in the former AFC Bournemouth man is unknown, though Cibicki has attracted the attention of “at least one League One side” and Coyle is a potential permanent signing for Fleetwood.

Does Coyle deserve a chance to impress under Bielsa? 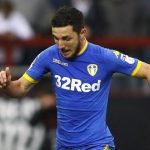 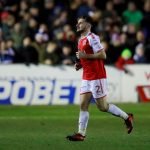 Joey Barton’s Fisherman could face competition from Blackpool if they try and sign the 24-year-old right-back this month, with the Seasiders also showing an interest in one of the players Bielsa seemingly has no time for.

Bielsa has no plans to change his stance and hand either of the trio a chance in our first-team, who start 2020 at the top of the Championship table but only ahead of New Year’s Day opponent West Bromwich Albion on goal difference.

Cibicki has featured just four times in all competitions for loan side ADO Den Haag this term, with his last Eredivisie outing coming in September and is yet to score a goal.

Coyle, conversely, had been a mainstay of Fleetwood’s plans before returning to Thorp Arch at the end of his loan spell, having not missed any of their 21 League One fixtures this season.

Given he, nor O’Kane or Cibicki, are likely to feature in Bielsa’s plans, it makes sense for the trio to chase permanent deals away from Elland Road in the January market, otherwise they would just be prolonging their inevitable departures.

In other Leeds United news, a rival bidder has entered into negotiations to sign a rumoured target this month.