Report claims Leeds’ promotion party could be delayed even further

According to Football Insider, the current football season may not be resumed until the start of June, meaning Leeds could have to wait even more time before finally trying to get back into the Premier League and celebrating promotion.

It’s perhaps typical for the Whites that, on the brink of sealing promotion with a few games to go, a global pandemic has halted all football in its tracks.

Certainly, it’s a worrying time for many involved and there are far greater matters to think about than football right now, but supporters of clubs will be longing for the day when the sport resumes.

Will Leeds be promoted? 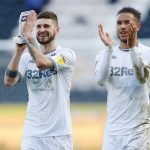 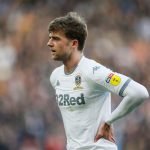 Leeds fans will be amongst the most eager, with the latest official stance that the game will not return any earlier than the end of April, with that obviously subject to change.

And, that in mind, the latest report from Football Insider could well concern.

They claim that the season might not start until June, with players back in training in May and needing the whole month to get back up to speed.

They claim that a Championship source has told them that that is the likely course of action and, that in mind, it could well be some time before we get to see football back at Elland Road and anywhere else in the country.

It’s a real shame, but Leeds fans, like supporters of other clubs at the top of their respective leagues, will hope that it is worth the wait.