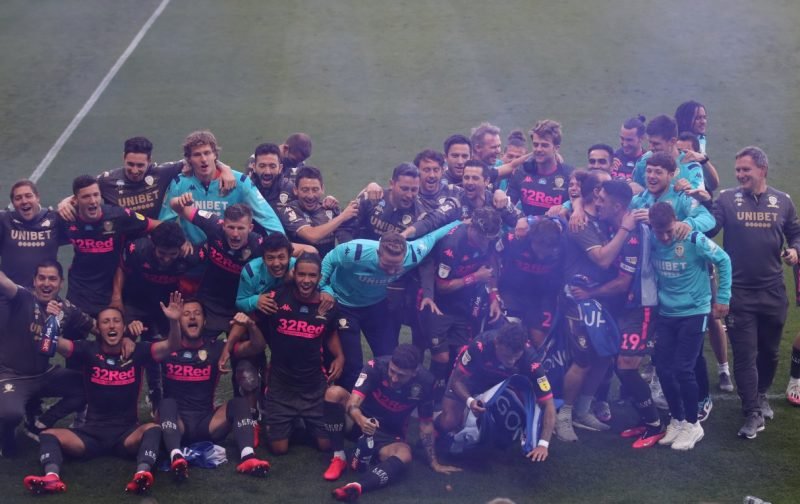 What a season it has been for Leeds United.

Having missed out on promotion to the Premier League in such agonising circumstances last season, there has been no such disappointment this time around for those vast legions of people associated with the club.

A quite memorable campaign has seen Leeds promoted back to the top-flight of English football as champions of the Championship with games to spare.

Now, having enjoyed the celebrations, comes the time to hand out the prizes, to the incredibly hard to select stand out performers from such a magnificent squad this season.

But that is what Leeds fans must now do, with the club opening the voting for supporters to pick their Player, Young Player, and Goal of the season from the year gone by, a far from enviable task given the candidates there are to choose from.

Even so, plenty of Leeds fans were quick to take to Twitter to reveal just who they will be voting for in those particular categories, and here, we take a look at what some of them had to say.

There hasn’t really been a truly outstanding players . I think I would give it to the players that has played the most games which is probably a player you hardly notice

Stuart Dallas. Been fantastic all season and a leader throughout

Tough to pick but gone with,

An absolute plethora of candidates. Pablo, Ayling, White, Dallas, Klich, Harrison, Cooper, Phillips all in the running for me. I’d probably be between KP and White tbh but it’s a hard one!

Really tough, four or five who deserve it. Kalvin and Ben White have been immense – but for me it’s Pablo. He changes games.

Klich , white , Ayling …. but tbh this team n squad should not be singled out … awesome togetherness all season and even bamfords work rate deserves respect MOT WGUAFC