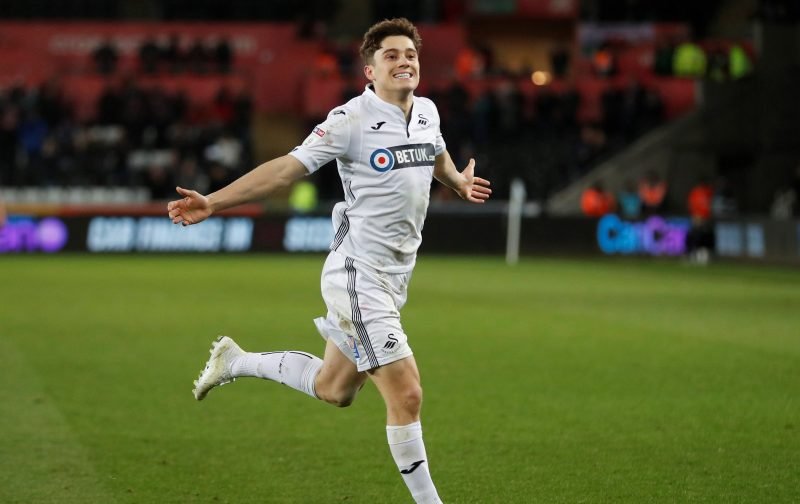 Daniel James may have been Marcelo Bielsa’s number one target in January, and the club could still be keen to sign the Swansea speedster, but Noel Whelan’s claims to Football Insider that there is no way he signs a new contract in Wales cannot be taken at face value.

The BBC pundit’s comments would be great for Leeds if they came true, there’s no denying that, as a player entering the final year of their deal would carry far less transfer value than one who has just put pen to paper.

Add in the understood attention James is earning from the Premier League with Southampton, and now AFC Bournemouth and Leicester City, and Swansea would be able to demand far more than the £10million combined fee we had agreed on Deadline Day.

Whelan’s opinion, however, is purely that – an opinion – and James has not yet shrugged off the potential of re-signing with the Liberty Stadium outfit, despite driving back having carried out a medical at Elland Road.

“There is no way he’ll sign a new deal with Swansea,” Whelan said.

“The way they behaved was shocking and disgraceful. I felt really sorry for Dan James after what happened, as they cruelly took away the opportunity for him to play at Leeds.

“You can’t blame Swansea for wanting to tie him down, but the kid is heading for Premier League, and the only way he’ll sign a new contract is if it has a low release clause.”

If Swansea were to agree to a low release clause for a Premier League side, why would they not have accepted our £10million in January?