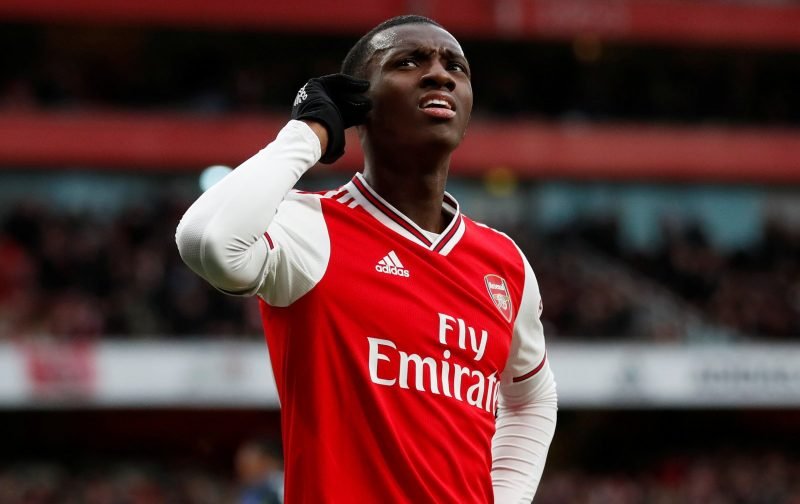 Former Leeds United striker Noel Whelan has been full of praise for Arsenal’s Eddie Nketiah, and suggested the youngster is putting Patrick Bamford to shame.

Arsenal called short Nketiah’s season-long loan spell at Elland Road last month, having seen the England U21 international struggle to earn minutes in the Championship under Marcelo Bielsa, who called on him to start just two fixtures from a possible 26.

Whelan feels Nketiah has since ‘proved he was right’ in returning to the Emirates Stadium, where he has started the Gunners’ last two Premier League fixtures and scored Arsenal’s initial equaliser in their 3-2 win over Everton last weekend.

“He has just proved he was right in going back,” Whelan told Football Insider.

“When a new manager comes in it gives you a different perspective of a chance at a football club. I like the fact [Mikel] Arteta is giving Eddie a chance. He will improve playing next to [Pierre-Emerick] Aubameyang, [Nicolas] Pepe and [Mesut] Ozil.

“This kid is a natural goalscorer and we have now seen on Sunday he can do the horrible side as well.

“We would have loved to have kept him [at Leeds] but when he has an opportunity at his proper club in the Premier League, I cannot fault him for going to do that. He backed himself and he is right – he has the ability.

“It was an excellent finish [against Everton]. He is a natural finisher. That is something you cannot put into Patrick Bamford.”

Who would you have preferred to see at the club on Feb 1? 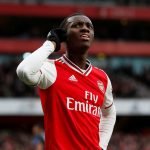 Nketiah managed three goals in his 17 second-tier appearances whilst on loan in West Yorkshire, which included the winning effort away to Brentford, the 84th-minute opener in our 2-0 win at Barnsley and the 87th-minute equaliser in our draw with Preston North End.

Each were important strikes, but the last of which came in October before going eight appearances without a goal.

Bielsa was adamant that Nketiah needed time to adapt to his system and that was why he featured so infrequently, and it would have remained to be seen if that situation would have been any different beyond the winter market had the 20-year-old not seen his loan spell cut short.

We can now only hope that RB Leipzig’s Jean-Kevin Augustin can produce some vital strikes for the Whites now that he is at Elland Road on an initial loan deal, as like Whelan suggests, Bamford has shown he is not a natural finisher.

Bamford has taken more shots in the Championship this season than any other player in the division, but he has also missed the most big chances and is certainly not the second-tier’s leading goalscorer.