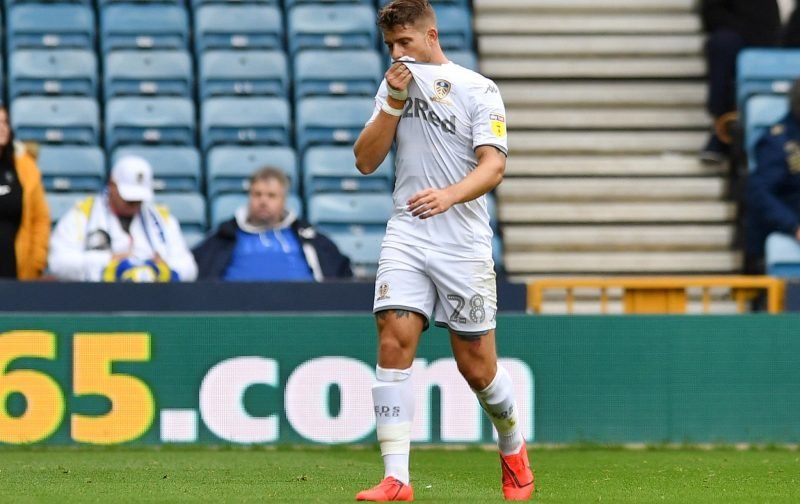 Football pundit and former Leeds United full-back Danny Mills has commented on defender Gaetano Berardi’s contract situation, with the player’s deal running until the end of this season.

Berardi has been at Elland Road for the past five years, signing from Italian side Sampdoria in 2014 and he has become a controversial player amongst supporters with his full-hearted commitment making up for his rash decision-making.

Mills, who enjoyed four seasons with the Whites in the top division, believes that if Leeds do end up in the Premier League then he will be let go by manager Marcelo Bielsa:

“I think if they step up into the Premier League, they might be able to afford to let him go but if they’re back in the Championship, why not give him another year or so and keep him around.

“He’s obviously a good professional, Bielsa can trust him, he works hard and knows the system. I think that will be one where they’ll probably say to him: ‘Look, let’s just wait and see what happens, let’s see where we go this season but we’re not going to discuss anything until April, May time.’”

Berardi has been sent off no less than seven times during his period at the club, and he has made eleven Championship appearances so far this campaign.

He will be hoping to help Leeds United maintain their unbeaten form in what could be his last year at the club where he has featured over 140 times.