“I feel sorry for him” – Pundit offers support to £4.5m Leeds ace after “disappointing” blow 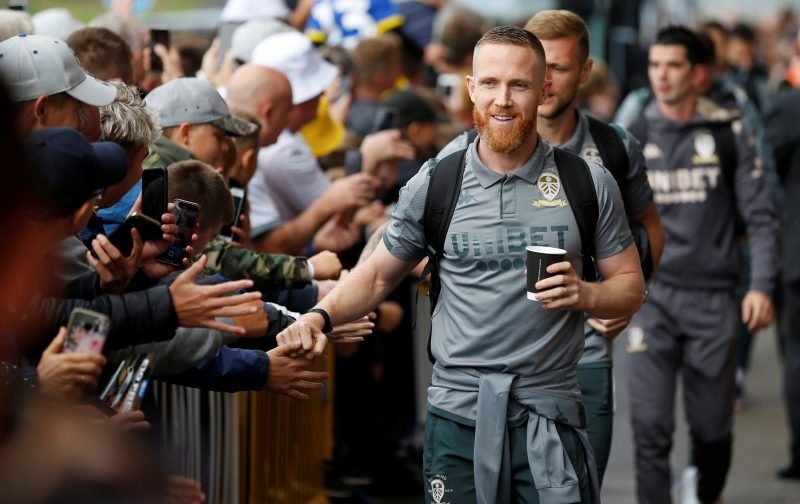 Brown expects Forshaw will now be watching Marcelo Bielsa’s men and our quest for promotion into the Premier League wishing he could play a part, having only featured seven times in the Championship this term.

Forshaw opened the campaign as one of Bielsa’s favoured central midfield options, with the Boss calling on him to start the first six fixtures of the term.

Bielsa has only been able to field Forshaw once since matchday six, though, with the Liverpool-born ace playing the second 45 minutes away to Charlton Athletic as we lost 1-0 in September.

The club explored every potential avenue when it came to Forshaw’s injury knowing that surgery would likely mark the end of his season, but conceded he had to go undergo the knife to allow him to return in time for pre-season following discussions with various experts.

Brown expects Forshaw will now need time to recover mentally from the surgery, as well as the physical rehabilitation needed to feature next term.

“I think first and foremost it’s for the player,” Brown told Football Insider. “When you’re in a successful side and you’re going for promotion and you can’t do it, you’re missing with a serious injury, I feel sorry for him.

Will Forshaw be a starting player next season?

“You have to mentally get yourself right and you’re looking at your teammates and your squad thinking how great it’s doing and how they’re [near the] top of the league.

“He’ll be sad not to be involved and to contribute to improve his game. [It’s] really disappointing, but it’s one of those [unfortunate events in football].”

Losing Forshaw so early into the campaign was a hard moment for Bielsa to take, as the 28-year-old had been a star of the early stages of our season.

Should we now go on to secure promotion into the Premier League, Forshaw may well find himself far from the flavour of the month at Elland Road, and far from a starting member of Bielsa’s plans like he were back in August.