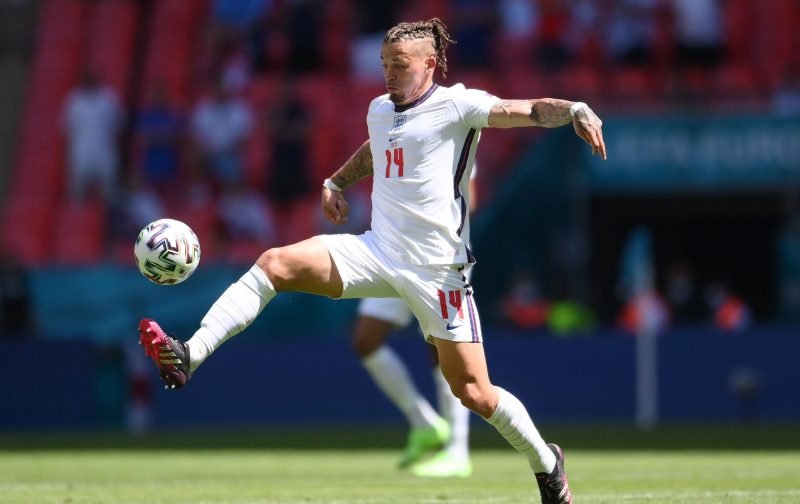 Following his admission that he was battling nerves prior to his international debut, Kalvin Phillips produced one of the finest performances he has done in his career in their win against Croatia.

Leeds fans have been shouting Phillips’ praises for years as a top-class defensive midfielder. However, the Kalvin Phillips that shone on the international stage was more Yorkshire Zidane than Yorkshire Pirlo.

Even Leeds fans had to pick their jaws up from the floor, as many other England fans were wiping the egg from their faces.

The shock did not stem from the Player of the Match performance, rather the role he played in doing so. Marauding into open spaces, creating chances and even testing the Croatian ‘keeper a few times himself.

The 25-year-old’s performance had all the hallmarks of a box-to-box number eight – a task he hasn’t executed since Marcelo Bielsa became the head coach of his boyhood club. Surely this throwback to Phillips’ first forays into professional football will be giving Bielsa a few ideas for next season.

What England manager Gareth Southgate got Phillips doing in his new position was an adept combination of Kalvin’s natural desire to advance up the field and his newly nurtured footballing talent.

Next season, it would be fantastic to see Bielsa utilise Phillips as a number eight for Leeds United. The unpredictability the Whites would then possess could force them right up into the European spots.

Tormenting ball carrying through the middle followed by a clinical inch perfect pass to the winger – this time Jack Harrison rather than Raheem Sterling, as it was at Wembley. It is a thought that can really spark the imagination of Leeds fans.

With that being said, there is one major factor that is holding Bielsa back. Who fills Kalvin’s shoes?

If Phillips is impressing further up the field in his newly advanced position, there must be someone of his ilk looting the possession from the opposition, just as Phillips would usually be doing.

Other than Robin Koch, there hasn’t really been anyone in the current Leeds ranks that compares to Phillips in his unique role. So unfortunately, until the acquisition of an upper echelon talent is made, Phillips is most likely to be left to his devices spraying his passes from a holding position.

For now we’ll just have to make the most of him being one of England’s stars of the European Championships.