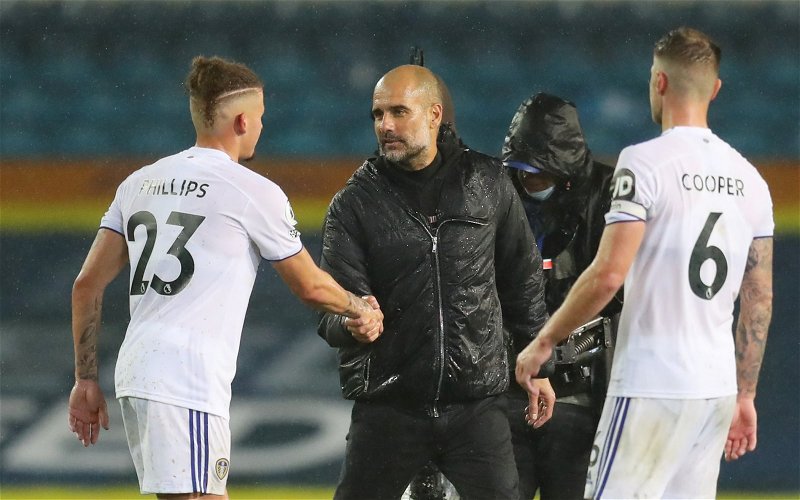 Kalvin Phillips has been spotted in Manchester City gear ahead of a £42 million deal plus addons that will see him play at the Etihad this season.

The midfielder is undergoing his medical today, per Fabrizio Romano, and will likely be announced as a Manchester City player today or tomorrow.

The 26-year-old was born in Leeds on the 2nd of December 1995 and joined the Leeds academy aged 14, having been a life-long fan of the club.

He made his first-team debut in 2015, but really became a top player under the watchful eye of Marcelo Bielsa, stunning the fans with quality performances in the heart of the midfield, eventually helping the club to promotion after 16 years away from the top-flight.

In 2019, Kalvin was wanted by top clubs in the Premier League but didn’t force a move away: he remained at the club he loved and continued to fight for the club, the fans and the manager at Elland Road. 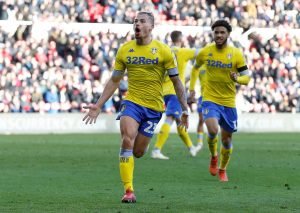 The Leeds fan made his debut for England in 2020 and has since become a key member of the national side, featuring prominently in the best tournament since 1966, getting to the Euro 2020/1 final, starting every game, and winning the 2020/21 Player of the Year award.

Injuries plagued Phillips’ 2021/22 season but he remained hot property, with the champions Manchester City being desperate to bring him in, especially with Fernandinho leaving the club.

He leaves the club having scored 13 goals and providing 13 assists in 233 games. Thank you, Kalvin.