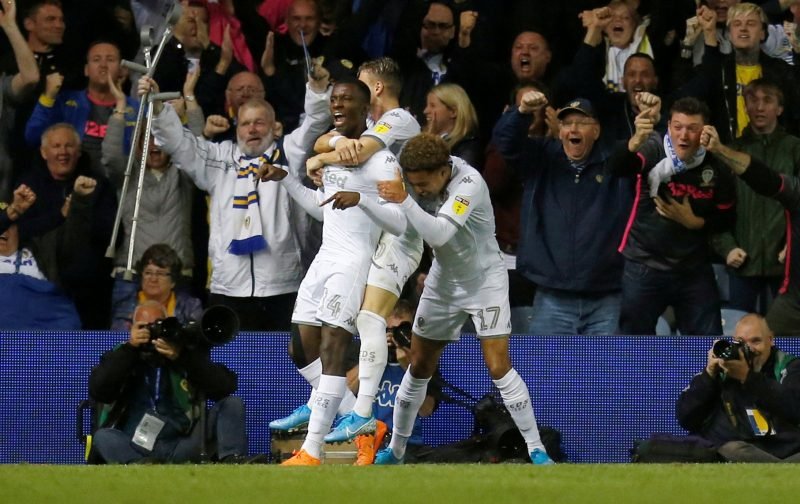 When looking at the stats this season and trying to analyse the performances of Eddie Nketiah, his numbers speak for themselves. The Arsenal loanee is scoring a goal every 87 minutes in the Championship. However, he has just three goals in ten appearances seeing as he’s now starting (Transfermarkt).

Those numbers are because of the fact that Nketiah is yet to start for the club in the league this season. This simply has to be a stat that changes soon, though, Marcelo Bielsa has persisted with Patrick Bamford, and the ex-Chelsea man just isn’t up to the standard of Nketiah.

In comparison to Eddie Nketiah who bags a Championship goal every 87 minutes and has three in ten in the league, Patrick Bamford is doing considerably worse. The striker has started every single one of the club’s 15 games this season, yet he has just one goal more than Nketiah and is scoring at a rate of a goal every 281 minutes (Transfermarkt).

The fans will be equally in agreement that Marcelo Bielsa needs to drop his loyalty to Bamford. The numbers and the performances couldn’t make it anymore obvious that Nketiah is twice the player that Bamford is, and the way the club is going it’s only going to cost them points in a tough title race.

As things stand, Leeds are 3rd in the table, joint on points with both Preston and Swansea, whilst Nottingham Forest are just three points behind them with a game in hand whilst West Brom are ahead of them by two points, so things are as tight as ever at the top of the Championship.

Getting up to the Premier League is always the ultimate aim, but with a proven goalscorer who you’ve got for one year only at the club, not playing him when the potential of promotion is on the line seems absolutely ludicrous, even for El Loco himself.