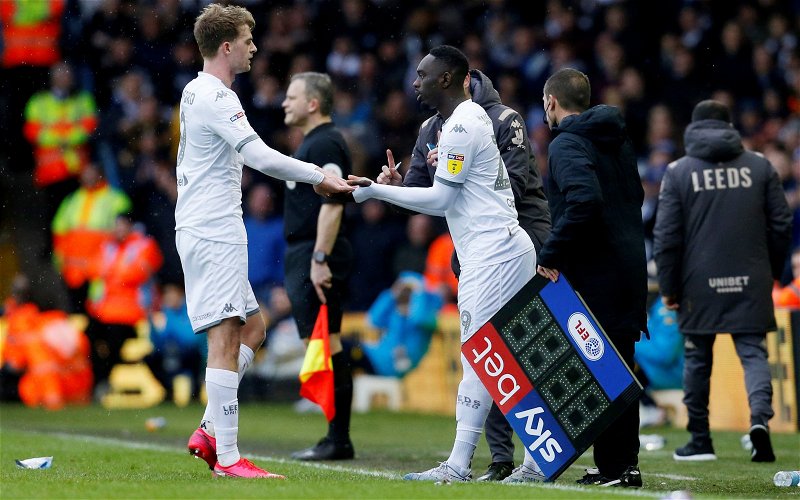 There are some times following Leeds United when I just find myself with my head in my hands wondering ‘what on earth is going on?’

This is one of those times.

It didn’t escape the attention of some Leeds fans that there was a rather significant name missing from the team sheet against Middlesbrough last night, and that was that of January signing Jean-Kevin Augustin. It has since been revealed that Augustin was left out of the squad because he has a hamstring injury and is likely to be out of the game against Hull City on Saturday at the very least.

The news of which has left me wondering whether or not we’ve brought a complete and utter dud during the January window. It’s well known that he was never the club’s first choice, with the club adamant they would sign Che Adams instead, so this was very much someone they had to ‘settle for’.

And having arrived at the club not fully fit, he has been forced to make some cameo appearances so far as he gets up to speed. Now it seems as if he’s managed to get himself injure doing that. Although I shouldn’t be surprised, he didn’t exactly come to the club with a clean bill of health.

So when you combine all these factors together, we are slowly getting towards the stage where we need to think about calling him a bust of a transfer for Leeds United. He hasn’t contributed anything so far, and by the looks of things, he isn’t going to be in any position to do so in the near future.

Will Augustin ever be fit enough to play 90 minutes for Leeds United?

When he was first linked with us, I was feeling rather confident that he’d be able to offer us something, however at this early stage, it looks as if my confidence has been severely misplaced over the 22-year-old, so when and if he comes back, he is going to have to do an awful lot to prove that he was actually worth investing in.

And don’t forget, we’re obligated to pay a pretty hefty fee for him if we do go up, so it would be awfully nice for him to be able to show us something that would make the investment seem like it would be worth it.