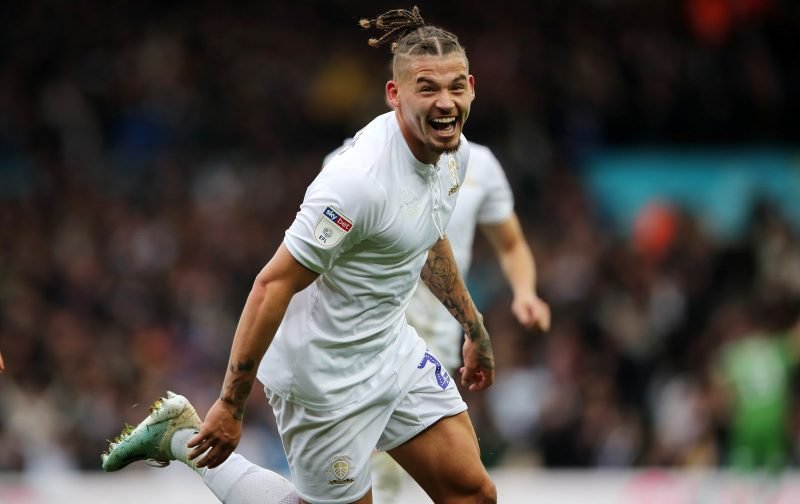 Saturday saw Leeds United celebrate their centenary, and they did so with a 1-0 win over Birmingham City at a sold-out Elland Road.

The winner came courtesy of Kalvin Phillips the Leeds-born midfielder firing a shot through the hapless Lee Camp in the Birmingham goal.

It was a special moment for Phillips, who said after the game he had “no words to describe the feeling.”

Elland Road erupted when the 23-year-old scored, and not only did it mean the Whites could celebrate their centenary in style, but it also moved them up to second place in the league.

Philips has just recently signed a new four-year deal, and if everything goes to plan, he will be spending most of those years in the Premier League – either with or without Leeds.

The 23-year-old has had a meteoric rise under Marcelo Bielsa, and it was no surprise to see Aston Villa try to buy him in the summer.

Phillips looks like he could walk into the Premier League tomorrow and perform.

He is cool and composed on the ball and has an excellent passing range as well as a fantastic engine that allows him to cover ground.

As a creative midfielder, he averages 1.6 key passes per game and has nine assists.

In the defensive side of the game he averages 2.5 tackles per game and 1.3 interceptions.

At 23, he also has at least ten years left of his career, and with the correct guidance, he will only get better, and surely an England call awaits.

If Leeds want to keep Phillips, they must get promoted this year because there will be some serious interest in this talented player next summer if they don’t.

The Premier League is waiting for Phillips, but will he be with his hometown club or a different side?