One of Bielsa’s boys is flirting dangerously with disaster, but we already knew this – Opinion 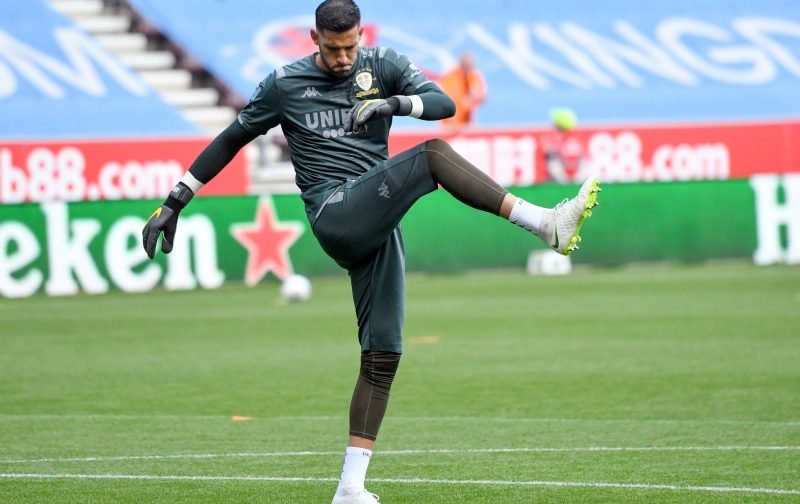 Quite frankly I’m getting tired of writing these kinds of articles.

But just know that I’ll keep doing it until something finally gets done about it.

Kiko Casilla needs to be dropped, sold or loaned out. I don’t care what, but he cannot stay as Leeds’ number one for much longer. I have said before that I didn’t think the Spaniard was good enough, but last night more or less confirmed what I’ve thought all along.

I mean take a look at the first goal the other day, what on earth was that flap about? Stand up straight, move to one side and catch the ball cleanly. None of this flying around trying to look good for the cameras.

Perhaps it’s just because I’m ‘old school’ somewhat, but I don’t care that he completes more passes than opposition players, my main concern is his ability to stop the ball going into the back of the net. Whilst he does have three straight clean sheets in the league (four if you go back and include the cup game against Salford City), they haven’t exactly been against stellar opposition. Stoke City lie bottom, Wigan 22nd and Brentford 19th, so it’s not as if he’s kept them against good sides.

We saw last year that he is an incredibly reckless goalkeeper, both against Sheffield United and Derby County, and whilst he has yet to commit an error on that kind of scale so far this season, you just know that he is a ticking time-bomb ready to go off at any minute.

There are a number of Leeds fans who are already concerned that he will cost them points in the league this season, well his display last night has already cost them a place in the next round of the league cup.

How many more mistakes like this is he going to be allowed to get away with before Marcelo Bielsa comes to his senses and realises that he has the potential to completely derail United’s season? Even though he’s only been with us for the best part of eight months, that is eight months too many. If it weren’t for his mistakes last season, Leeds could be in the Premier League right now. And if he is kept on the books for much longer, we won’t be in the Premier League next season either.