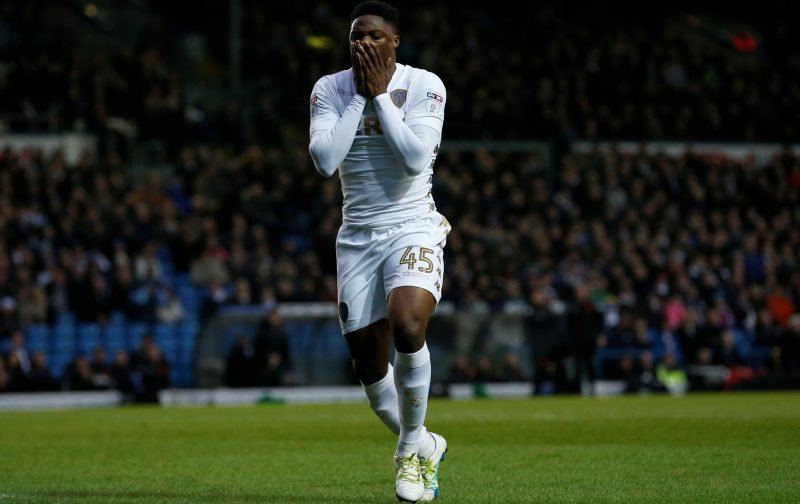 Caleb Ekuban’s Leeds United career never really took off after his arrival in West Yorkshire from Serie A side Chievo Verona, but his new life in Turkey with Trabzonspor has seen the Ghana international rediscover some of the form which led to his capture two summers ago.

The 25-year-old joined the Black Sea Storm this summer for around €1million (£907,552), according to FotoMac, despite earlier reports suggesting the Super Lig outfit were set to trigger a £2million option to turn his loan move into a permanent arrangement.

Ekuban moved to Trabzonspor for the 2018/19 term having been deemed surplus to requirements by Marcelo Bielsa, as the Argentine did not see where the 4-cap international would feature in his plans, having scored twice in his 21 appearances for the Whites.

His temporary stint at the Medical Park Stadium last term helped Unal Karaman’s side achieve a fourth-place finish in the Turkish top-flight, and with it, booked the Black Sea Storm a spot in this season’s Europa League Third Qualifying Round.

They have since negotiated their way past Sparta Prague thanks to a 4-3 aggregate win over the Czech side, and set up a trip to Greece, where they met AEK Athens on Thursday night for the First Leg encounter of their Play-Off clash.

Karaman opted to field Ekuban from the start, having called on the former Whites man in both games against Sparta Prague, and the 5 ft 9 ace returned his manager’s continued faith with a hat-trick.

AEK had opened the scoring in the fourth minute through Mark Livaja, but Ekuban replied in the 29th and again in the 44th to turn the tie in his side’s favour going into the break. Come the 70th minute, and the striker had his treble, leading to a warmth of reactions from the Elland Road faithful.

Trabzonspor winning 2-1 away from home at AEK Athens in the europa league qualifying. Caleb Ekuban with both goals.. Good to see him doing well. #LUFC

I liked Ekuban, sadly got injured if I remember a couple of seasons ago under TC ???????? #LUFC #MOT

Caleb Ekuban hat trick tonight. I watched him tear Sunderland, Barnsley and a few other teams apart between his injuries for us a couple of seasons ago. I liked him, he was fast and direct but he fell right out of favour. He COULD be one we regret losing you know? #LUFC

Ekuban hat trick, how long before the

“Should have never let him go”

“Wasn’t given a chance” tweets to echo around #lufc