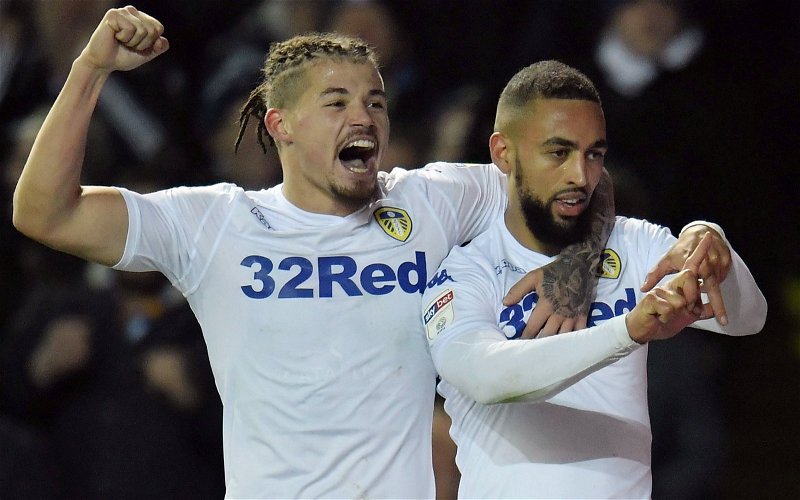 With the transfer window drawing to a close now as the 2019/20 Championship kickoff edges nearer, most Leeds United fans will be looking for further movement in the market given how thin our first team squad feels, but there is plenty of reason for optimism when it comes to the possible departure of key midfielder Kalvin Phillips.

With well stated Aston Villa interest, and then supposed interest from Tottenham Hotspur, nothing has actually developed on that front for the 23-year-old and with the firmest interest appearing to be from Villa, the fact they have added Douglas Luiz and will soon complete the signing of Marvelous Nakamba, we should have no worries that their interest remains.

Kalvin Phillips playing the waiting game over his future but he's happy at Leeds United and not actively pushing for a move.https://t.co/xEkL2BYRlf#lufc

That doesn’t stop another club coming in for him as deadline day approaches, but with the line always being Phillips was in discussions over a new deal, and certainly wasn’t pushing for a move, an update from the Yorkshire Evening Post is far from ideal, but should give genuine hope he’ll still be lining up for manager Marcelo Bielsa next season.

As plenty of comments on the Tweet above suggest, seems sensible enough to strike a deal on a contract with a set fee release that kicks in if we don’t gain promotion next year, and if we do, as everyone hopes, there’s enough clause that either ensures a quick renegotiation or the doubling of his wage in return for four years being added to it.

It would also seem to be the simplest way forward for Kemar Roofe as well.