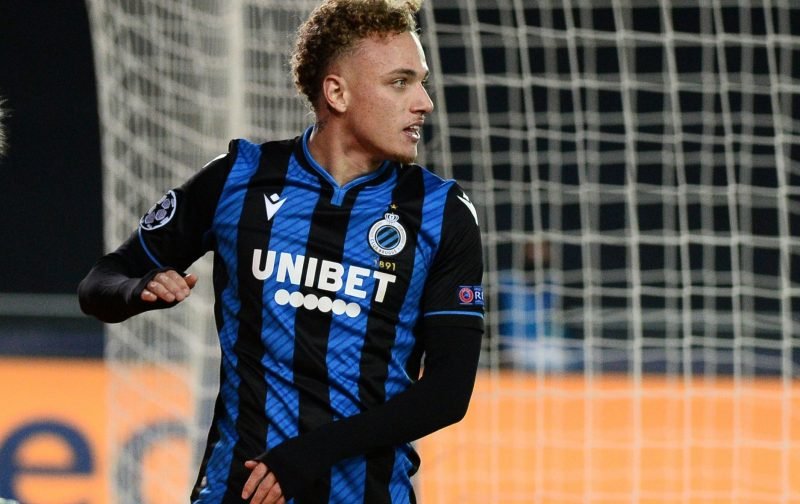 In just over a week’s time, the transfer window will swing open once again for Leeds United. This time last summer, the club were still battling for promotion from the Championship, and the budget for new additions couldn’t possibly be decided.

This time around, Leeds are heading into their second consecutive season in the topflight with all the potential for star-studded names being attracted to Elland Road. One of those very names have been banded around a lot in the past couple of months, and the interest has intensified.

22-year-old Dutch winger, Noa Lang has made waves everywhere he has played so far in his career and no doubt he is ready for the step up to another level.

Lang has been on Victor Orta’s and Leeds’ radar for quite some time now. His delicately deliberate dribbling style has lit up the Ajax’s famed academy and earned him a loan move to Club Brugge in Belgium.

In the year he has spent over the border in the Jupiler Pro League, the Dutch youngster has amassed 17 goals and 11 assists – including a goal and an assist in the Champions League. Despite it being his first full senior season in football, Lang has clearly shown he is ready for the demands of first team life.

The Whites may have to overcome a bump in the road as the 22-year-old has made his move over to Belgium permanent for just €6m – a slight on his true market value. To pull Lang away from Brugge, they will be negotiating around four times what Ajax received for him.

What appears to be appealing about Lang is not only his footballing ability, but his strong head on his shoulders will be his richest attribute. His current club manager, Phillipe Clement, has lauded his “champion” mentality.

In order to succeed at Leeds, Lang will need a champion mentality to learn from those ahead of him in Raphinha and Jack Harrison. It is also likely he will have to take that mentality into the under 23s in the opening stages of his career if he is to choose West Yorkshire as his next destination.

As fantastic as the young Dutchman would be for Leeds, it doesn’t seem like a transfer that the head coach, Marcelo Bielsa, is likely to chase after. The Argentine’s current wingers include highly rated Raphinha and Jack Harrison, young starlet Ian Carlo Poveda, and under-23s hopeful Stuart McKinstry.

Questions could be asked of whether or not Leeds need another talent waiting in the wings of the first team. Personally, it would be great to see another of the world’s most exciting talents applying themselves in LS11 and Noa Lang certainly falls in that bracket.