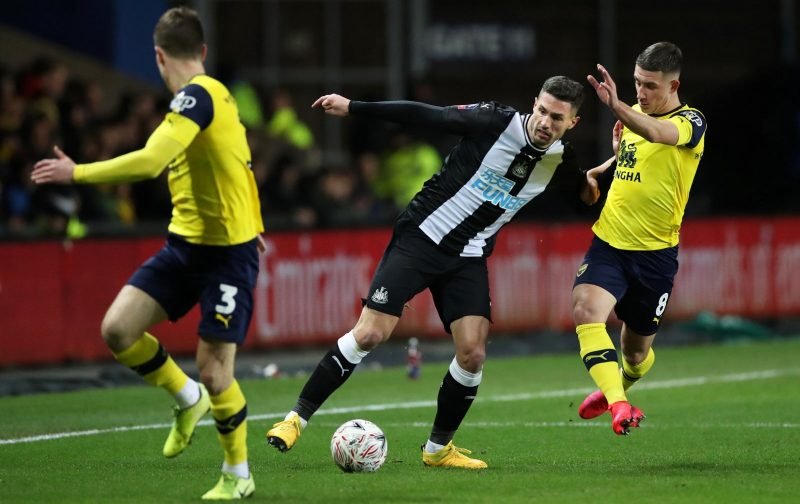 Leeds United are ‘closely’ monitoring Oxford United midfielder Cameron Brannagan with a view to a potential summer transfer, according to Football Insider.

The Whites are believed to have frequently sent scouts to observe the 23-year-old during the Us’ fixtures this term, including having talent spotters in place for their 3-0 win over Accrington Stanley on Tuesday night.

Brannagan started the League One clash at the Kassam Stadium as boss Karl Robinson called on the Liverpool product to open his 27th third-tier fixture of the term, having trusted him to feature in all bar five of the promotion-chasing side’s league games to date.

Leeds are well aware that Brannagan is becoming a more and more in-demand midfielder ahead of the next transfer window, when the former England U20 international will have one year remaining on his Oxford contract.

Oxford potentially placing the Manchester-born talent’s services on the market to avoid losing him for free has drawn interest from a number of clubs higher in the footballing pyramid.

Would you back a move for Brannagan?

Brannagan has returned Robinson’s faith with five goals and six assists in League One this term, along with one goal in three Carabao Cup clashes, one goal in two EFL Trophy ties and one assist in one FA Cup appearance for a total goal involvement of 14 over 34 outings in all competitions.

The 23-year-old has not found the back of the net himself in the third-tier since a 3-0 win over Doncaster Rovers on October 12, though ended his wait for an assist against Accrington on Tuesday night.

His most recent league assist had come in a 2-1 win away to Rotherham United a week after scoring against Doncaster, but snapped a 13-game run without any involvement in the scoresheet by creating his side’s second at home to Accrington.

Brannagan has also provided Oxford’s most key passes in League One this term (55), along with the second-most passes blocked (27), successful (54) and attempted tackles (86), and the third-most accurate long balls (109) and shots from outside the box (29), per WhoScored data.