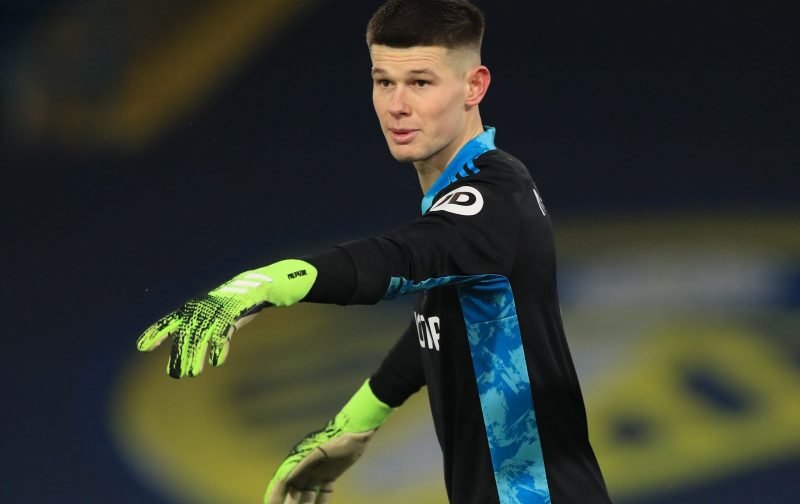 In decades gone by, the Whites have had players who get it. Players like Billy Bremner, David Batty and Luciano Becchio have been adored beyond their stays at the club.

This season however, there is an unlikely name that seems to live and breathe everything that is Leeds United – he comes in the slender shape of 21-year-old goalkeeper Illan Meslier.

When young Illan first joined the club on loan in the summer before the 2019/20 season, he was something of an unknown. Although, the then 19-year-old had never played a game of first team football for Leeds United, glimpses of his passion began to shine through.

During a home game against Millwall, Meslier was spotted going berserk on the bench as if he was a lost member of the crowd. It was a video that was posted on Twitter that got the fans talking as he celebrated each goal in a comeback victory over Leeds’ bitter rivals.

Since that game in February 2020, Illan has managed to force his way into the first team via a ban for Kiko Casilla that spanned eight games. Meslier played the remainder of the ten games in the Championship season and kept seven clean sheets.

Since Leeds won promotion back to the Premier League, head coach, Marcelo Bielsa has kept his trust in the young Frenchman. Plaudits from all around the world have earned Meslier connections with some of Europe’s most renowned clubs.

However, “football is all about emotion” claimed Meslier’s agent, Xavier Fleury in a recent podcast with LUFCFANZONE. Illan “loves the club” and he would much rather work towards Champions League under Bielsa than win league titles with a team such as Bayern Munich.

Just this weekend we have seen what this club means to the France U-20 international. Following Stuart Dallas’ emphatic winner against champions-elect Manchester City. Meslier was making up for the lack of travelling fans by charging the full length of the field to join his team in the celebrations.

Don’t be mistaken, Illan isn’t the only player in this current side who look like they’re giving their all for the shirt they wear. But a player who engrosses themselves in the passion of the fans can only come around every so often, so when they appear before you in the form of Illan Meslier, it must be treasured.