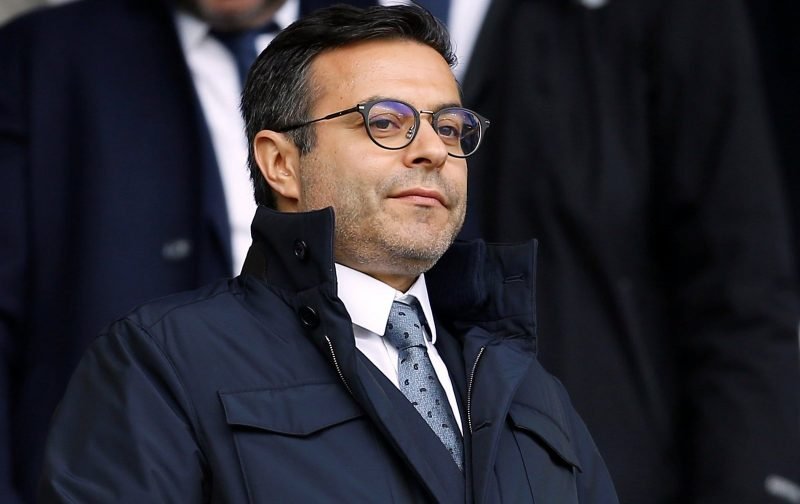 “This is going to blow up in our face” – A lot of Leeds United fans are confused with Andrea Radrizzani’s latest tweet in response to Eddie Nketiah’s interview after he scored a hat-trick for England’s Under-21s.

Nketiah claimed he was frustrated with sitting on the bench for Leeds when he felt he was good enough to be starting, and eight goals in all competitions this season would suggest he probably is.

Sky Sports reported that Nketiah was unhappy with the bench role, and Radrizzani responded by calling it fake news and that the media are always trying to make a story out of Leeds.

I have to say I think he has escalated the situation for no reason here.

What he should have done was say nothing – as then the situation could then be resolved between Marcelo Bielsa and Nketiah, but by making it public and criticising the media, he has left Leeds open to potentially losing Nketiah in January.

These Leeds fans are baffled at Radrizzani’s Twitter outburst.

His exact words: “Obviously I’m not happy with… Obviously, l’m never happy being on the bench.” They came out of his mouth. In that order. ???? https://t.co/Nmj1oIiZd2

Can’t help but feel this is going blow up in our face. Can’t seen Bielsa rightly or wrongly bowing to pressure to change his entire ethos to accommodate 1 player albeit one in form. Just hope he isn’t recalled or becomes unhappy here.

We just can’t help shooting ourselves can we? It’s the Leeds way. The cart is upset, now watch them apples fall off! The endless loop…

Huge own goal this by Andrea. But to then engage with fans about calling him out after……. not very advisable. Completely blown this situation out of proportion now. Bielsa has a big job now of getting these players up for the weekend to get a massive result and calm it down

Many Leeds fans are annoyed with their owner’s comments and have found them unnecessary.

To be honest, I’m a Bamford fan. Think he does a lot for the team and gets in the tight spaces, and goals will come. But what more does Nketiah have to do to start? Bielsa won’t lose a MID for another ST. I say give Nketiah the start he deserves. What’s the worse can could happen

Bamford is crying out for a strike partner imo. His work rate has been great this season, having a strike partner will get more goals from him and the team. Plus it’s our centenary game so both need to start so we win 10-0 for the sake of glorious symbolism.

Bamford plays well with the team, but isn’t naturally prolific in front of goal. He does however, make up in other areas. Eddie is prolific. We create but don’t convert. The answer is in front of us. Maybe try two up top?

Other Leeds fans are discussing how to get the best out of Patrick Bamford.