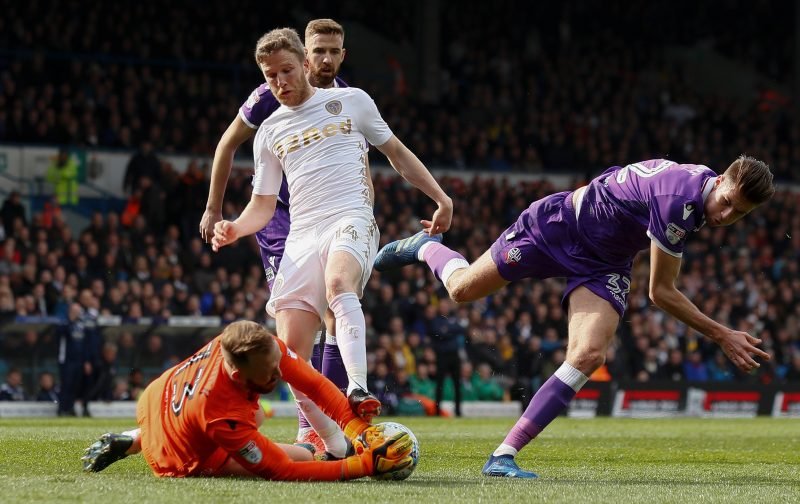 27-year-old Stuart Dallas hasn’t had the best of times at Leeds United following his arrival back in 2015.

In and out of the side under our various management teams, and this season seeing himself moved around the pitch as manager Marcelo Bielsa uses him to plug gaps – whilst few question his effort and work rate, plenty discuss his positioning, his defensive capabilities and it’s fair to say he has become an easy go-to for his performances this year in moments of frustration.

Against Wigan Athletic last Sunday though as we returned to the top of the Championship with a 2-1 win, the Northern Ireland international came in for some good praise from fans on social media for his efforts and I think it’s fully deserved.

Dallas answering his critics. Had a good game for me #lufc

Well done Dallas, I thought he was great. Made some great passes and his crossing was spot on #lufc

Bielsa was absolutely right to talk up Dallas in his midweek presser. We're not blind to his limitations but he's our most senior option at RB until January so it's vital that we display trust in him. Solid display today. Well done. #lufc

Let me post this first; I thought Dallas had a very good game. He was always an outlet on the right ably assisted by the genius of Hernandez. He is not a defender but he did well. #LUFC

Pleased for Dallas today. Nothing spectacular but solid enough and got forward well. #lufc

Don’t think Dallas stopped running once today. Massive performance from him. Top of the league #lufc

Fans and Dallas alike would no doubt hope we get more performances like that from him now as Bielsa will continue to use him in the way he has done and if he can show that sort of performance consistently it won’t be the only praise he gets this year.