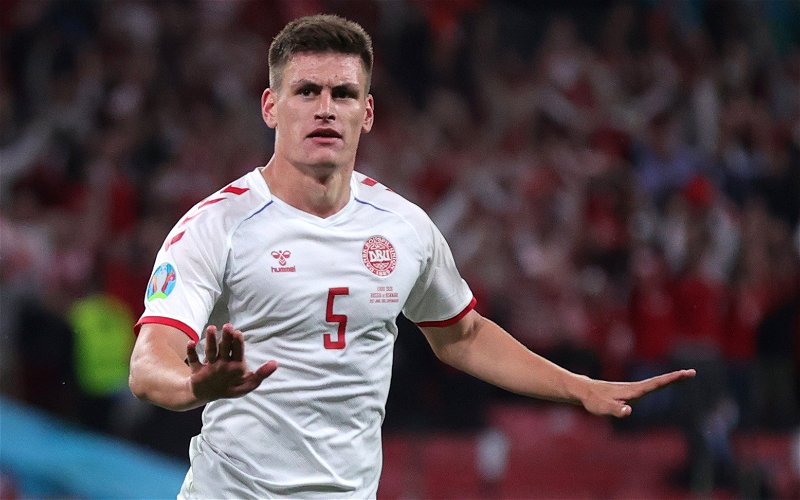 Over the next few days, Vital Leeds will be picking out three players from the 2020 European Championships group stages that would perfectly fit into Marcelo Bielsa’s mould at Leeds United.

Each player must have the desired attributes that are needed in order to succeed under Bielsa. A combination of talent, determination, and a willingness to learn.

Whilst being a wide midfielder by trade, the first player on the list has the ability to play in a position Leeds are looking to bolster in the coming summer window – left back.

Naturally a player who finds comfort on the right side of the field, Denmark’s Joakim Mæhle has certainly shone on the European stage.

For his national side, he has fortunately enough been utilised as the left sided full-back and performing in his role expertly.

At just 24-years-old, Mæhle earned his move from Belgian outfit KRC Genk all the way over to Atalanta in the north of Italy. Newly qualified for the Champions League, Atalanta had acquired one of the brightest talents in the Belgian Jupiler League.

Registering 13 assists and five goals in his first three seasons, the youngster demonstrated his intelligence on the field. Sniping out key passes and deftly carrying the ball round his man, Mæhle has of course began to catch the eye of fellow Premier League rivals.

While he may attract attention from wanting suitors in the English topflight, here is why he would benefit from a move to the only Yorkshire club in the Premier League.

Even for the Red and Whites, his national side who pride themselves on their watertight defensive structure, his natural eagerness to press flashes through. Domestically, in his new home of Atalanta, a high press is the order of the day and the young Dane has had no issue in facilitating that.

If he were to make the switch to the Whites, he would give utility man Stuart Dallas a freedom to be able to slide into the number eight role – just as he has done for back end of last season.

He may be right-footed, but again, that didn’t stop Dallas performing to his usual high standards in the left back position. Mæhle can link with the midfielder and Jack Harrison (if he signs on a permanent deal) to parade his attacking quality down that left flank.

Compared to many of Leeds’ rumoured targets, Mæhle could be seen as the dearer option. After signing for Atalanta in January for £10m on a four-year deal, it could prove costly to prize him away.

No doubt he is on the radar of Director of Football, Victor Orta and his scouting staff, because here at Vital Leeds, we see Joakim Mæhle as a perfect fit at Elland Road.