‘Looking off the pace’: These Leeds fans discuss fall from grace after U23 display 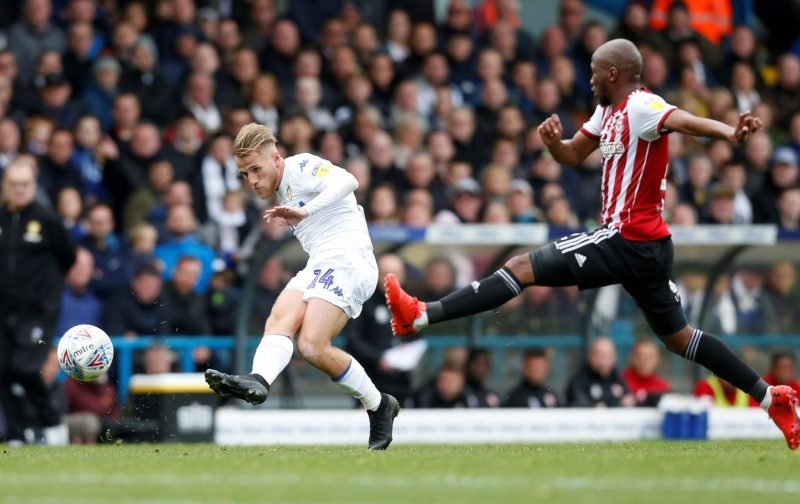 Leeds United are flying high at the top of the Championship, returning to the summit of the table after beating Wigan 2-1 at the weekend.

While the signs around Elland Road are positive, there is still plenty of work to be done and there are members of Marcelo Bielsa’s squad who need to up their game in the coming months or risk being ousted indefinitely from the first-team.

One of those players is Samuel Saiz, who has made 15 appearances for Leeds this season but is yet to find the back of the net or register an assist – and he earned criticism on social media after a poor display for the U23 side.

Leeds’ second-team named a strong side for the clash with Crewe Alexandra but it was an afternoon to forget as the Peacocks suffered a 3-0 defeat, with Saiz singled out for his poor performance.

How on earth is this Leeds United U23 team with the likes of Saiz, Roberts, Blackman, Harrison, Baker and Shaughnessy losing 3-0 to Crewe Alexandra ????

It’s a test of character for Sáiz. And the other big names. Unfortunately it’s a test that a lot fail because they just can’t get themselves up for games of this nature. I understand why Bielsa does it – principally to keep his first team match squad fit, but it can backfire.

Saiz and Roberts looked like they didn’t want to be there. Can’t see how Saiz gets back in the first team now. 3-0 ????

Saiz needs to get up to speed if he has any chance of displacing Forshaw atm!

Problem with the press is that if a couple of the lads aren't up for it they can just play through us. Baker started well but has made a few big errors and isn't using the ball well enough, Saiz doesn't look bothered, Shaughnessy I don't want near the first team as a CB.

Don’t want to loose him he is a good player just need some time for himself and a bielsa magic to be him again.

Saiz gotta fight for a starting place in first team. Gotta produce in U23 like all others.

Slightly concerned about Saiz at the moment. One to watch, but think he’ll struggle to get back into the first 11