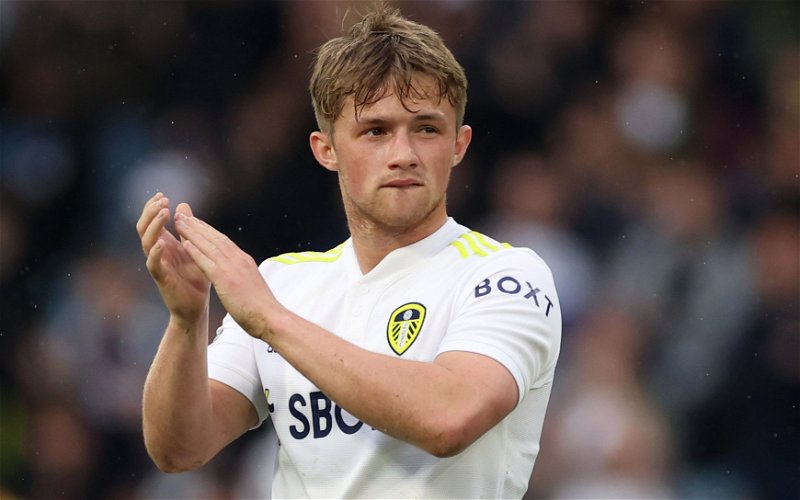 Graham Smyth has reported that Leeds United are in advanced talks with fan-favourite Joe Gelhardt for a new, long-term deal at Elland Road.

The 20-year-old enjoyed a fantastic 2021/22 season, getting opportunities in the first-team due to Patrick Bamford’s injury woes, playing 20 games and getting 2 goals and 4 assists, although he only played 732 minutes, a little over 8 90s. His chances were absolutely deserved, too: Gelhardt scored 18 in 26 games in the PL2 for the under-23s, also picking up 4 assists in the process.

His first-team debut came at Craven Cottage, coming on as a substitute in an EFL Cup match against Fulham which finished 0-0. He scored a penalty in the shootout which resulted in a 6-5 victory. His Premier League debut came just a little over a month later in a 1-0 away loss to Southampton, again as a late substitute. 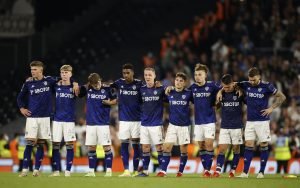 The young striker netted his first goal in December against Chelsea, scored a last-minute winner against Norwich City in a relegation six-pointer and also provided a stunning assist for Pascal Struijk for a last-gasp equaliser against Brighton. However, his first big moment came against Wolves, shimmying expertly round the defence before being brought down, allowing Rodrigo to score a last-minute penalty to rescue a point. 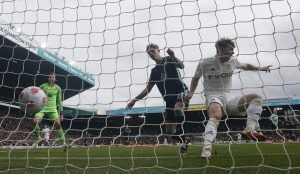 Despite his tender age, the club may well be preparing for a season back in the second-tier without the impact of Joe Gelhardt, whose quality rescued vital points in a season where every single one counted, culminating in survival on the very last day of the season against Brentford. Therefore, a new contract makes sense, with the club seeing him as ‘central to their future plans’. Indeed, he played in 10 of Marsch’s 12 games, indicating that the American sees him as a very important part of his squad.

Despite having two years remaining on his deal, the club will be desperate to tie him down for the long-term, as, at 20, he will only improve moving forward.

It seems that Gelhardt will be getting a new Dutch or Belgian teammate for next season, with Cody Gakpo, Charles de Ketelaere and Noa Lang all targets for the club this summer. How well do you know the previous Dutch and Belgian players to have played for Leeds United?