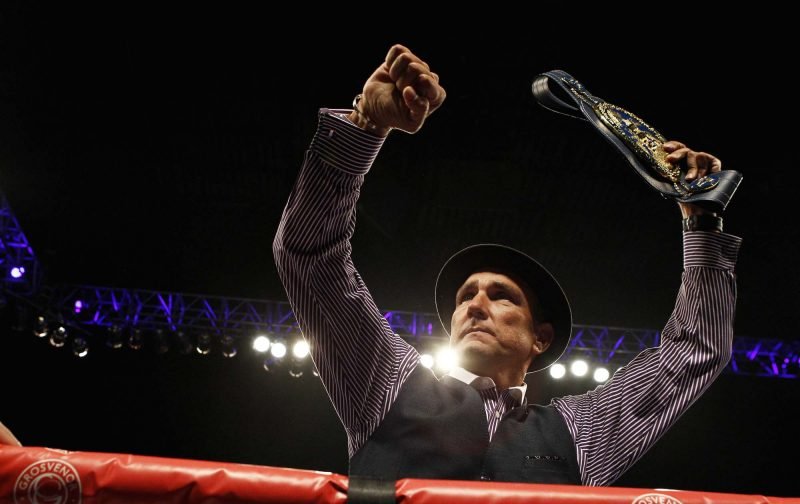 I can’t have been the only Leeds United fan eagerly watching on (against their will) on Saturday evening as Vinnie Jones made his national singing debut in the X Factor Celebrity thing, but the former midfielder certainly did himself credit.

Amazing reactions from the country last night including this unlikely message of support from Charlie Salvador (Bronson)- listen to the message in the link ????????https://t.co/ESfLcAHtVs

Given the type of player Jones was, with his ‘all or nothing’ approach to the game that often creating headlines and put him in the spotlight for all the wrong reasons, his energetic display on the stage probably didn’t come as a surprise to anyone.

With his appearance though, especially being something most would assume was so far out of his comfort zone, it was always going to spark a reaction amongst fans of his old clubs (and rivals) and the press certainly didn’t disappoint either, but given everything Vinnie has been through lately, I’m sure he’s delighted by his decision to appear and given the reactions from fans it should certainly help put a smile on his face.

I’ll be watching the next one as well, given I don’t have a choice.

Legend on the pitch, legend of film, legend in grief. We are behind you Vinnie a true legend. #Vinniejoneslegend @VinnieJones65

I have never been a fan of the show but watched it (like i said i would) because I knew you'd bring something special to it.
You did not disapoint
A very upbeat and energetic performance dude ????
You did yourself, family and friends proud ????

Next week gotta be a Madness Ska tune.bladdy fantastic Vin you've made my night.much love????

Vinnie ! What an entertainer!! Fantastic and uplifting to watch, brought a massive smile to my face 🙂

He was like a dad at a karaoke ???? wanted to love him tho