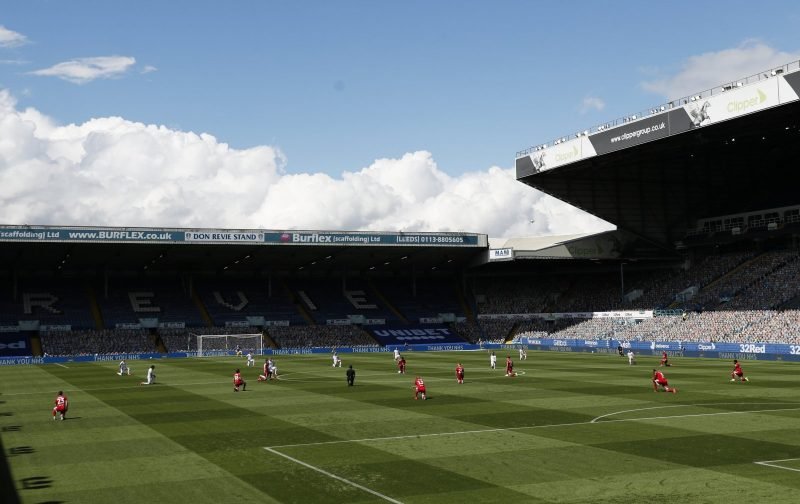 Leeds midfielder Jordan Stevens is poised to join League One side Swindon Town on loan, The Sun’s Alan Nixon has reported.

Stevens has made six first-team appearances for the Whites in all competitions across the course of the last two seasons, and it now looks as though the 20-year-old could be handed the opportunity to test himself at senior level on a more regular basis.

According to Nixon’s latest update, the midfielder is set to join Swindon on a temporary basis imminently, with a deal potentially set to be conclude as early as this week.

Leeds. To clear Jordan Stevens for exit to Swindon on loan his week. Also due to decide on Robbie Gotts. Hull now back in as well as Huddersfield.

Having won promotion from League Two as champions on a points-per-game format last season, Swindon enjoyed the perfect start to life back in League One on Saturday afternoon, beating Rochdale 3-1 at The County Ground.

Given his position at the early stage of his career, it does seem as though this could be a particularly good move for Stevens this summer.

It is hard to see the midfielder getting too many opportunities in Marcelo Bielsa’s side in the Premier League, so a step down to League One with Swindon ought to give him the opportunities he needs to experience more regular first-team football.

That is something that should help him to develop and improve his game, with Swindon’s seemingly upward trajectory making the Robins a suitable option for Stevens, given the similar direction that Leeds themselves are going in at this moment in time.

Even so, you feel that Marcelo Bielsa and co. will not want to leave themselves short in numbers in any position, so it will interesting to see if they do bring any other signings to cover for these departures.