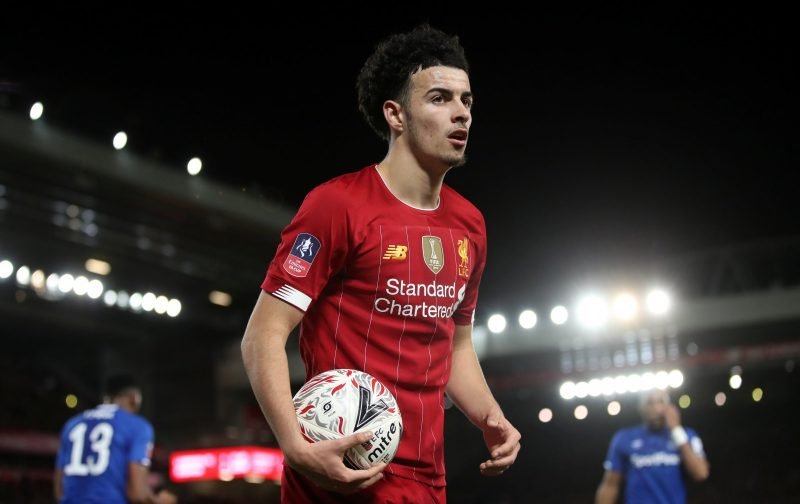 However, a week is a long time in football, and it’s certainly long enough to change the narrative surrounding one of Leeds United’s targets in the January transfer window.

According to a report from Football Insider, Leeds United will not be allowed to sign Liverpool youngster Curtis Jones, with the club told that “he will not be going anywhere”. The report later goes on to state that Jones’ recent run in the first-team, with his goal against Everton being arguably the pinnacle of that run has put an end to Marcelo Bielsa being able to bring him on board.

Although Bielsa shouldn’t necessarily be too down-hearted when it comes to being turned away, because in truth, it wasn’t really a positon of need.

If you take a look at how many central midfielders Leeds United currently have at their disposal right now, including those like Tyler Roberts who have played in midfield a few times this season, and it’s obvious to see that Jones would have had a hard time forcing his way into the team.

And as we saw with Eddie Nketiah and Jack Clarke, regardless of where you come from and how talented you may be, you’re not exactly guaranteed to get minutes under Bielsa.

There’s really only one area that Leeds United need to focus on in this window, and that’s finding someone that can turn their poor conversion rate around so that the team isn’t forced to grind out results and can take their foot off the gas once in a while.

Can Bamford fire Leeds to promotion on his own?

Enough of this going after players that the club doesn’t need, just bring in the one thing that the team is crying out for, and Leeds will probably be promoted at the end of the campaign.