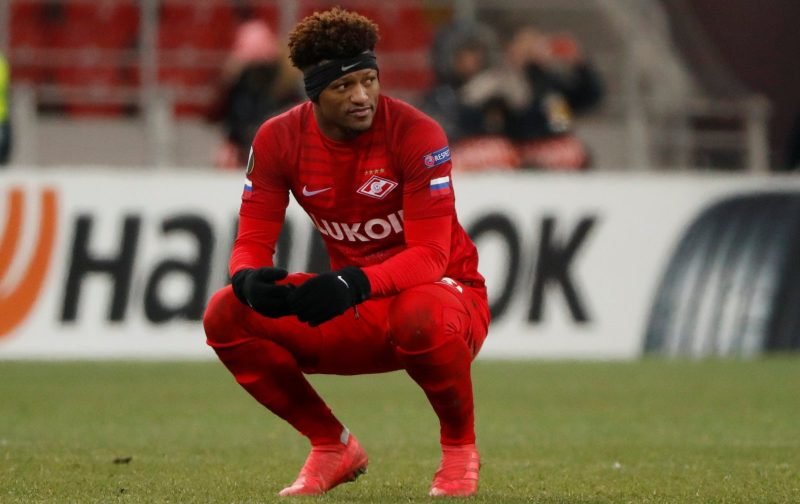 Russian publication Championat have reported that the Whites are officially in the hunt for 27-year-old Luis.

Spartak, according to Championat, have no intentions of selling to Leeds for the reported fee bid so far, but the suggestion is that a higher offer would open the door for a move to be made.

Luis, who is contracted until 2021, is naturally a centre-forward but up until this year had struggled to maintain a consistent hit rate – the 6 foot forward, valued by TransferMarkt at £6.3million, previously scored eight in 21 games for Braga during the 2014/15 Liga NOS season.

If Marcelo Bielsa does land Luis in the January window, though, Kemar Roofe will have to maintain his fine form that is propping up the Whites’ promotion challenge, as Luis is unlikely to make a switch without the promise of regular first-team action.

Roofe’s 14 goals this season have single handily been responsible for four victories and two draws.