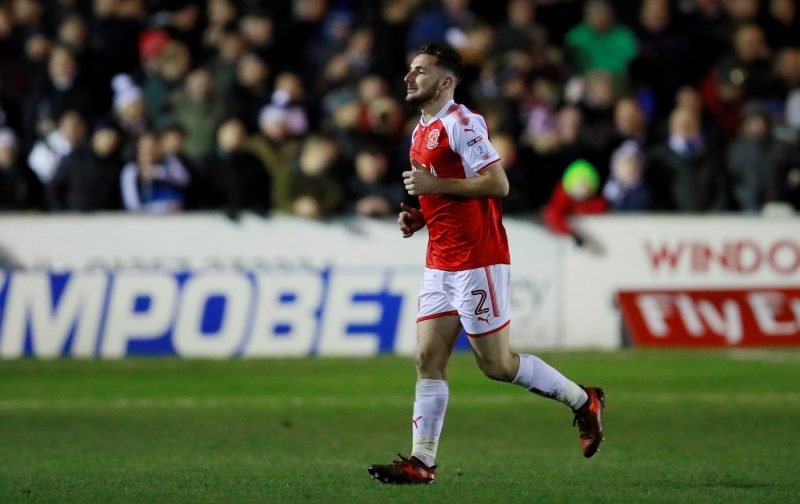 With six first-team players set to enter the final year of their contracts in the summer, Victor Orta will need to sit down and discuss their futures at Elland Road.

Marcelo Bielsa’s primary cluster of players are not alone in having their futures up in the air, either, with the contracts of 13 U18 future stars expiring at the end of June, and a further two are due to expire in 2020.

That’s just those currently at Elland Road, too, as six Whites-owned players who are away from West Yorkshire on loan will see their contracts expire in June 2020.

Lewie Coyle falls into that category, but it seems any hopes he has of a new deal are diminishing by the day, as Football Insider understand the 23-year-old will be sold this summer.

The right-back has been in a great vain of form with loan side Fleetwood Town in League One, where he has featured in the starting XI 88% of the time during his second season with the club.

His first year away from Leeds even saw the versatile 5 ft 6 defender named the Trawlermen’s Player of the Year.

Hull-born Coyle has also assisted two goals for the Fishermen this term, as they look to end the season in the middle of the pack, comfortably safe from relegation but without any hopes of a Play-Offs spot.

His efforts at Highbury, though, have been insufficient to impress those back at Elland Road, and it is now understood that he will be sold when the next window opens, as a route into our first-team is very much off the cards.

Coyle had made 23 appearances for the Whites before leaving for Fleetwood on loan, the last of which came in a 1-1 draw with Wigan in May 2017.