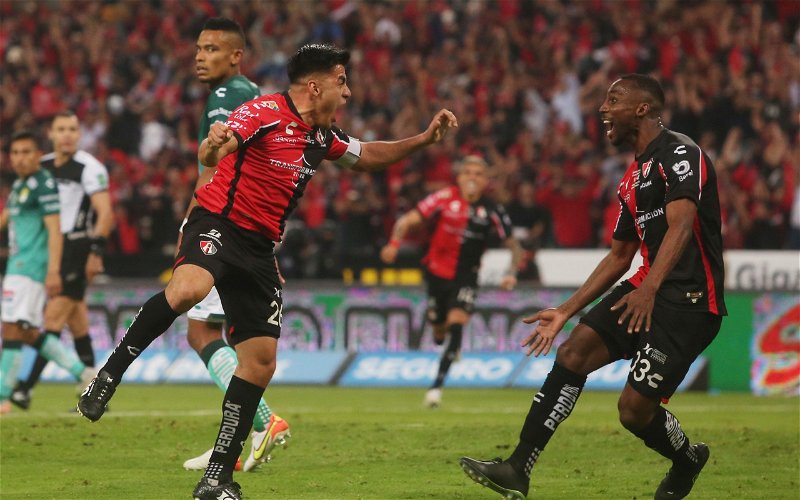 Reports have emerged from numerous sources, that Leeds United have switched their attention to Atlas FC’s Colombian forward Julián Quiñones.

After seemingly missing out on Club Brugges Charles De Ketelaere, and Paris Saint-Germain’s Arnaud Kalimuendo, Leeds are desperate for striker reinforcements and have now identified Atlas FC’s Quiñones as a possible target. The Colombian 25 year old has a market value of £4.5m according to Transfermarkt, and can play as a centre forward or a left winger.

Gerardo Melin via his Twitter account said “They announce that Julián Quiñones is going to Leeds United. The Atlas will lose the most unbalanced and feared footballer on their squad.”

The news will not fill Leeds fans with delight after missing out on two top signings, but they have to trust in the coach and give Julián Quiñones a chance to prove himself in the Premier League. Jesse Marsch must have identified him as a good alternative to De Ketelaere and Kalimuendo, and if they do indeed sign him, he must be given a fair crack of the whip.

Leeds are still thought to be actively seeking at least three more signings including a left back, striker and experienced goalkeeper, in what has been a busy summer so far. Marsch will be hoping to have at least one or two players in before the season kicks off next Saturday.

What do Leeds fans think? Would Julián Quiñones be a good signing, or were you hoping for a more proven, big name to come in? Let us know in the comments.

Up Next: Joffy close to new deal.