Leeds must not let this key man’s deal run out, sign him up as soon as possible – Report 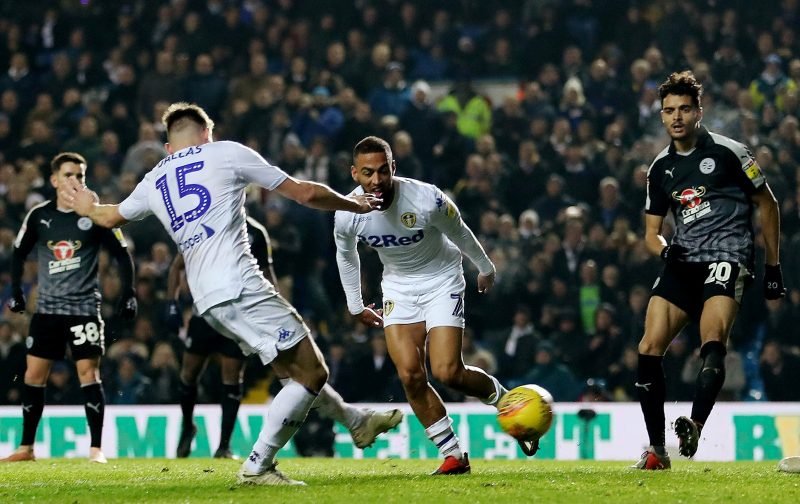 Hopefully this will be a case of a mini domino effect.

After all the fuss over the weekend surrounding Kalvin Phillips and his new deal at the club, talk about another contract popped up as well and this one surrounded Stuart Dallas. In an interview he did with The Yorkshire Evening Post which was released over the weekend, the Northern Irishman spoke about how he is content with life both off the pitch as well as on it.

“I’m in the last year of my contract so let’s see what happens. It’s something that’s in the club’s hands, we’ll see. Obviously it helps when you’re playing but I love it. Everybody loves working under him [Marcelo Bielsa] and I think you can see that in the performances. I love where I live. Even if later down the line if my career moved on and I was to move on, I would probably still live there, I love everything about it.”

Whilst it’s always good to see someone performing well on the pitch, as one of the few players who can hold his head high after the debacle that was the Derby game last year by scoring twice, it’s great to see someone who is content with life off it as well. We sometimes talk about players not being able to settle into life in different surroundings when they move countries, and if there’s anywhere in England that feels like its own separate country, let’s face it, it’s Yorkshire.

Back to on the pitch matters though, and I want to go back to the start of the quote, where he talks about this being the final year of his contract. The fact that it has managed to get to the final season is quite frankly baffling when you consider what he brings to the club, and he needs to be given one as soon as possible.

Stuart Dallas is a key part of how Leeds set up going forward because of his usefulness as a utility player. Having predominantly played as a left midfielder during his career, he has been adapted into a right-back this season under Marcelo Bielsa, but just to have someone capable of playing so many positions could make such a huge difference to the team this season. If we go through an injury crisis like we did last season, and given Bielsa’s preference to carry a small squad, his ability to fit into any given role could be vital, not just this season but hopefully beyond as well.

2 Replies to “Leeds must not let this key man’s deal run out, sign him up as soon as possible – Report”