Leeds man is playing for his Elland Road future, according to former player 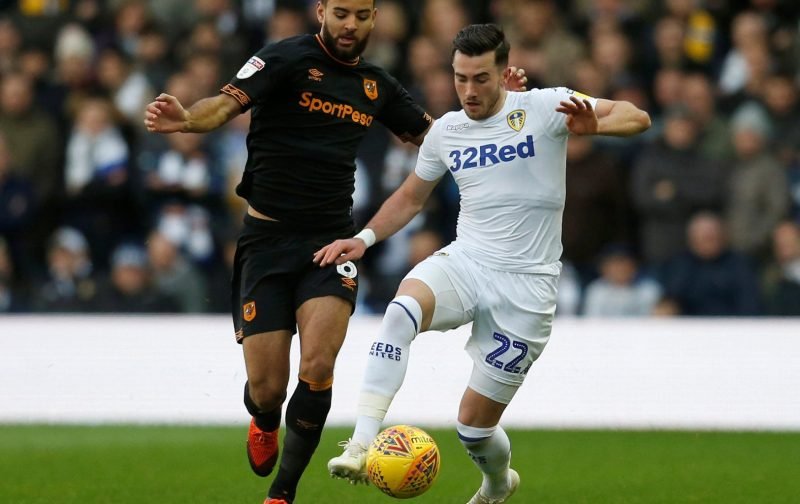 The door to the first-team was never on offer to Jack Harrison while he was at Manchester City, but club icon Noel Whelan believes the winger is still playing for his future at Elland Road.

Our former striker revealed his thoughts on the youngster’s situation in a recent interview with Football Insider, and claimed that he is yet to see enough from the 22-year-old to warrant another role in West Yorkshire next season.

Harrison is, of course, on loan with us from the Premier League title hopefuls for what we hope will be a promotion-clinching campaign, but there is not an option-to-buy inserted in the agreement.

With the strength on offer to Pep Guardiola at the Etihad Stadium, however, Harrison could be offered to us in the summer, having played 38 times across all competition, and has returned four goals and three assists.

With chances clearly going to be limited back in Manchester, too, the former Liverpool youth star may wish to stay with the Whites going forward, rather than risk his development stagnating with two years left on his Citizens contract.

If he does, he may have to play for his future in the final run-in of the season, especially if Victor Orta feels the same way as Whelan.

“He has been hit and miss, generally,” Whelan claimed.

“He is a special talent, but there is a lot of pressure playing at Elland Road, and he has not set the world alight.

“There are still question marks over him. He has been great at times, but some games have passed him by. He has a tendency to go missing and waste a lot of chances.

“If we get promoted, can he get to grips with the Premier League? I don’t know. It’s down to the next four games, really, for him to convince Leeds to sign him.”