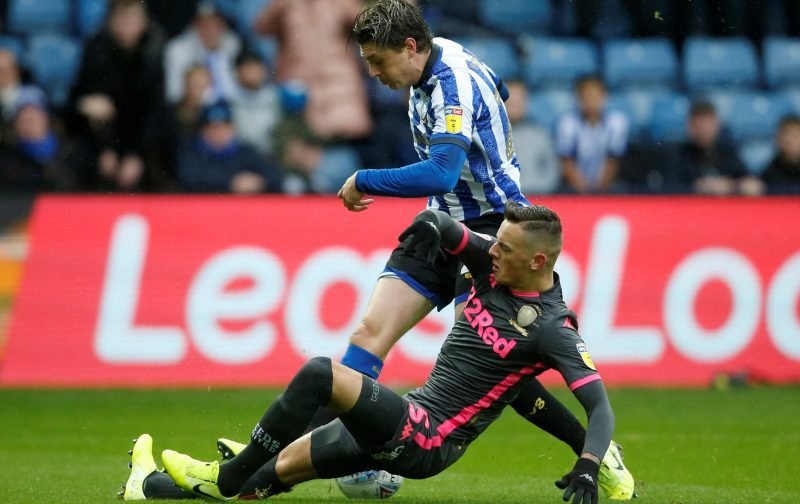 One way or another, it appears as though the seemingly never-ending saga that has been Leeds United’s pursuit of Brighton defender Ben White may soon be coming to its conclusion.

According to the latest reports from The Athletic, the third offer of the summer transfer window that Leeds apparently submitted to Brighton on Wednesday night will be their last one of the current market.

It is thought that Brighton will maintain their stance that White is not for sale in the current market, but it is hard to argue against the suggestion that this is a bid worth considering for the south coast club.

This third and final offer for White – who played such an important role in Leeds’ Championship title-winning campaign of the season just gone – is said to be worth an initial £25million up front, with the possibility of further add-ons based on individual and team performances if the centre back makes the move to Elland Road.

The obvious point to make in Leeds’ favour with that is that it would allow Brighton to make a big profit on a player who graduated through their academy, and has yet to even make a competitive appearance for the club as things stand.

However, looking even further into the situation here, and it appears as though the temptation to sell for Brighton, should come from more than just the chance to make that profit, because Leeds are not the only club who have effectively had three offers rejected for the 22-year-old this summer.

Amid that growing interest from Leeds, it has also been claimed that White has now rejected three offers of a new contract from Brighton this summer, and that too ought to be leading to mounting pressure on the Seagulls.

With two years remaining on his contract at Brighton, those rejected offers of a new deal at the Amex by White are not a major issue for the current window, but it could cause problems for them this time next year, and in the season to come between then and now.

If White stays at Brighton for the 2020/21 campaign, but does not sign a new contract, they will be under pressure to sell the defender this time next year, rather than lose him for free in the summer of 2022.

Should that prove to be the case, then it is going to be hard for them to command the sort of fee that they are currently being offered by Leeds, if White spends the 2020/21 campaign on the sidelines for Graham Potter’s side, behind the likes of Lewis Dunk, Adam Webster, and summer recruit from Ajax, Joel Veltman.

That could of course cause other issues for Brighton this season, both in terms of the number of centre backs they need to give game time to, and the risk they could be taking with the fact that White has never played in the Premier League before, which, if he fails to adapt, could both cost them points in vital games, and reduce the sort of transfer fee they might get for him in the summer of 2021 anyway.

It could be argued therefore, that keeping White at the Amex for another season, is a risk that for Brighton, could be just as great as the reward they could receive for selling Leeds a player who has never played for them – or at this level – before, and who they have more than enough cover for.

Leeds no doubt, will be hoping that that is something that Brighton themselves realise quickly, because right now, it seems that time is running out for them to do just that, something which – with White seemingly not entirely satisfied at the Amex right now – may yet leave everyone concerned, disappointed.