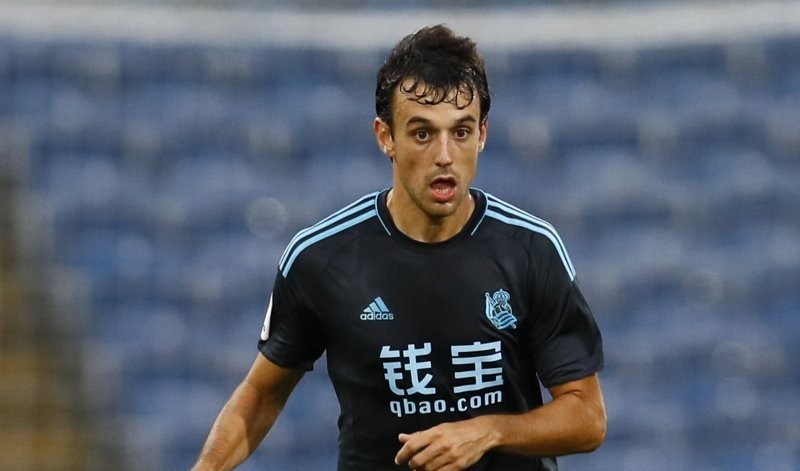 We are currently a Championship side, but hopefully, we are not one for much longer.

Should we move up to the Premier League, though, Victor Orta will have to hit the transfer market to strengthen the squad, and reports suggest he could delight Marcelo Biesla by targeting a player who has attracted the boss’ attention before.

El GOL Digital are reporting that Real Sociedad’s Ruben Pardo has emerged as a Whites target, as he could be on his way out of San Sebastian in the summer. Txuri-urdinak are not expected to stand in his way either, creating an open goal for Orta to swoop the Anoeta Stadium.

Jokin Aperribay, Sociedad’s President, would demand a transfer fee for the versatile central midfielder, however, although how much that is was not noted, but TransferMarkt value the former Spain U21 international at £2.25million.

The 26-year-old has spent the majority of his career in Sociedad’s blue and white kit, having graduated their academy in 2012, but he has never been an integral fixture there and has only made 18 appearances under Imanol Alguacil so far this season – eight of those outings came from the bench.

Bielsa had looked to cash-in on his limited usage at the Anoeta while he was in charge of Lazio in 2016, although he was unable to get the deal over the line before deciding against managing the Serie A outfit.

Pardo may not be the only La Liga midfielder Orta adds to Bielsa’s squad for next season, either, as El GOL add that Athletic Bilbao’s Ander Iturraspe is still on our radar, despite earlier claims that Deportivo Alaves could announce his arrival before the end of the season.

Iturraspe is cited as a possible target for Orta as, unlike Pardo, will be a free agent in the summer, and his arrival would not eat into much of our budget.