Leeds have ‘no intention’ of letting star winger leave 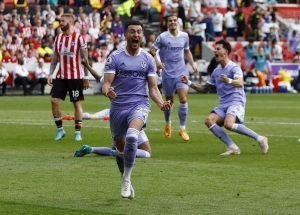 The Whites have no plans to let Jack Harrison leave the club with Tottenham and Newcastle both interested in the 25 year old according to TalkSport via Twitter. Although no official approach has yet to be confirmed from either club.

Harrison joined Leeds from Manchester city in 2021 after a series of successful loan spells. He has over 150 appearances for the Yorkshire club in all competitions and has been capped by England at U21 level.

He is predominantly a left sided winger but can also play as a left full back or as a right sided winger. He is fast, agile and energetic, a key ingredient to flourish in the Marcelo Bielsa system.  He has scored over 20 goals in the last three seasons combined for Leeds, as well as numerous assists, showing he is an integral member of the team.  He was also an ever present in the squad that gained promotion from the Championship.

Leeds have a number of attacking options on the flanks with Harrison, Dan James, Raphinha, Crysencio Summerville and Ian Poveda who has returned to the club after his loan spell at Blackburn Rovers last season.  Leeds have no intention of letting Harrison leave the club and it’s claimed that the only way they would allow him to leave is if an offer is, ‘too large to turn down’.

The West Yorkshire club are trying to build a squad capable of bettering last seasons finish.  This would mean trying to keep hold of their best players and add quality to the team around them.  Harrison is certainly one of the better, experienced players at the club and Leeds fans will be hoping they can hang on to him and see how he fairs in the Jesse Marsch system.